“Open Up The Sky” by Shock Machine 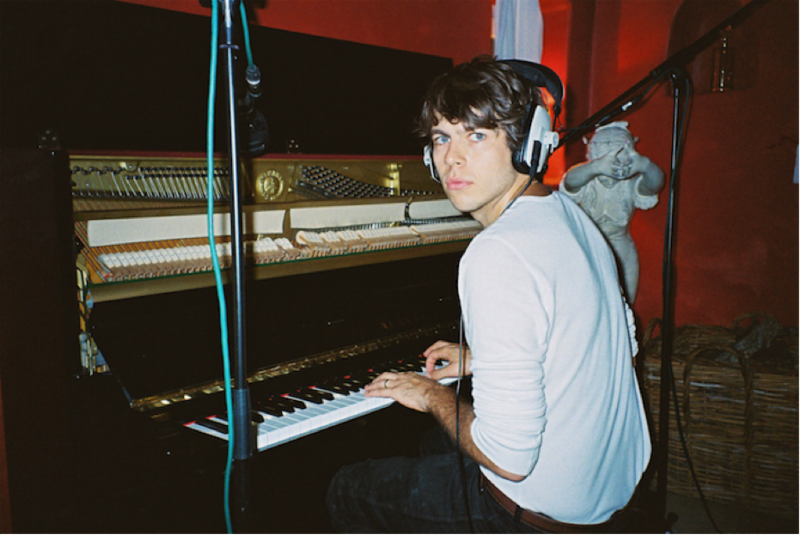 Recently James Righton announced his first ever solo project, Shock Machine, with news of a debut EP Open Up The Sky via Marathon Artists. “Shock Machine,” accompanied by a video from acclaimed director Saam Farahmand and remixes from LXURY and Beyond The Wizards Sleeve, the former Klaxons frontman’s debut was compared by Dazed to “artists like Paul McCartney and Todd Rundgren.

To mark the April 25th release of his full four-track Open Up The Sky EP, Shock Machine has released his brand new single “Open Up The Sky.” It’s another piece of ultra-melodic, shimmering psychedelia from the London-based artist who draws inspiration from decades of influences, from the aforementioned Paul McCartney and Todd Rundgren to the likes of Dennis Wilson.

Recorded in a cabin in the south of France, the Open Up The Sky EP was made with the help of producer James Ford (Arctic Monkeys, Florence + The Machine, Haim) and mixed by Ben H Allen (Gnarls Barkley, Animal Collective, Deerhunter). The EP is released on Marathon Artists (home to Courtney Barnett, Jagwar Ma and Baaba Maal among others) and features artwork by Rob Carmichael, famed for his work with the likes of Animal Collective, Panda Bear and Dirty Projectors. A debut Shock Machine alum is set to be released later in 2016.