Bad With Phones, recently dropped a video for his track “ON1”, lifted from his debut mixtape Marinade, and out now on Don’t Sleep. Bad With Phones’ new video is a day in the life of the young musician, treading heady ground, in the reckless place between carefree fun and masking heavy emotions. In Manny’s own words, “ON1 is about those moments in life where you really don’t give a f**** about anything. You’re not eating or taking care of yourself, you want to rant to the world about the stuff that’s on your mind, you want to go out and get drunk and just be unapologetically you.”

Manny’s debut offering, Marinade, is arrestingly minimal at its core, powered by irresistible grooves and often overlaid with lo-fi acoustic guitar loops. Rooted in the consistently rebellious and spiritual streak that runs through all that he does, making for a personality-packed introduction to his multifaceted musical world.

Like many good stories, Bad With Phones’ begins in a small black church. Born in Deptford to Togolese parents, Manny spent much of his childhood in church, watching his Pentecostal pastor-father preach and his older brothers play in the church band. At home, his parents listened exclusively to gospel singers like Fred Hammond, Kirk Franklin and The Winans, so he looked to his brothers’ record collections, falling hard for Sade, Wu Tang, Puff Daddy and TLC. He also cites Bootsy Collins, Larry Graham and Jaco Pistorius as great inspirations.

Manny is a man about town, an ex-hacker, photographer, space enthusiast and producer, there’s nothing deemed too big or small for him to get his teeth into. A stint in Berlin would later introduce the world of psychedelics, spirituality and the foundations for his own music. Signed to Don’t Sleep – a new London-based music venture with the mantra to support creators who are pushing the culture forward. 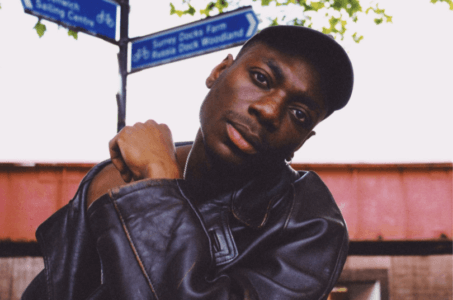