ON AN ON Announce Fall Headline Tour 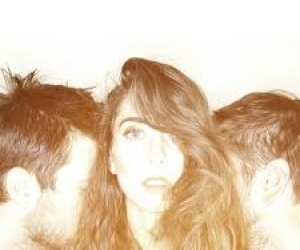 Following a summer that saw ON AN ON make their debuts at music festivals including Bonnaroo and Governors Ball, the Minneapolis/Chicago trio will resume their assault on North America’s roadways with a September tour as they continue to support their debut album Give In, released earlier this year on Roll Call Records.

These dates mark the band’s first headline run across the Western half of the continent, having previously traveled though on separate occasions in support of Junip and Geographer. ON AN ON kick things off with a performance in Chicago during the North Coast Music Festival before heading west where they join The Joy Formidable in Portland before linking up with opener Hands (Kill Rock Stars), who come along for the majority of the dates before ON AN ON wrap things up with a performance at the Pygmalion Music Festival in Champaign, IL.