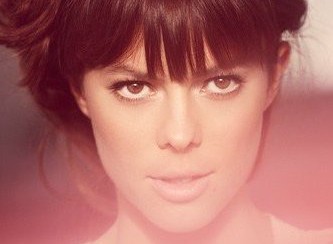 Northern Transmissions chats with Lenka about everything from having her music covered by Billy Crystal to motherhood. Her new album “Shadows” comes out June 4th.

NT: After releasing your first two albums with Epic, you decided to release Shadows independently. Was it a tough decision going this route?

LK: No, it was really a natural reaction. Being on a major label, I felt that I didn’t have complete control of my music. I felt I really didn’t have this. So now, basically I am the label and control how and what music I want to put out. I do work with distributors. It would be pretty difficult to get my music out to all the corners of the world without them. I don’t think people these days are surprised that artists and bands go the independent route. The internet really makes things easier, especially with all the platforms available today.

NT: You recently had a child. Has this had any influence on your songwriting?

LK: It hasn’t really changed the way I write, but I guess the subjects have changed a bit. I really do love when my son is around. He really does inspire me. When I was pregnant with him, my husband recorded his heartbeat. It’s on Shadows, were really proud of that. It’s nice because it’s something that will be there forever.

NT: You are a trained actress as well, how do you compare the two crafts of acting and singing live and songwriting?

LK: There are quite a bit of skills that I use from my training as an actress to perform my music with. It really helps dealing with stage freight, or if something goes wrong during a gig. The big difference is that I’m myself and not playing a character. Which is definitely more difficult because I’m putting myself out there completely, and not playing the role of someone else. The only time I’m really acting these days is in videos.

NT: Was it difficult in the beginning stepping away from Decoder Ring and doing your own thing?

LK: It was kind of a funny time. I really was unsure, but in the back of mind I really knew it was the right thing to do. I had to leave my comfort zone, and I did it. Part of the reason was geographical as well, with the band in Australia and me in Los Angeles, things became a bit tougher. I really wanted to focus on music that featured more vocals as well. Decoder Ring had started out as instrumental so it wasn’t a complete switch for the band. One of the nice things is that Tom Schutzinger from the band collaborated on a couple of songs on Shadows.

NT: You have come up with some pretty interesting ways to market the album, including working with ‘Pledge Music’ and making physical art as well. Were most of these your ideas?

LK: From the beginning, I wanted to take a different approach to market the album. I really wanted to present it in a visual way to people, kind of from a post-production angle. I’m a very visual person and my husband is a visual artist. We filmed visual parts of the recording and creative process. We really wanted to offer something different, especially to the fans. I really enjoy creating different crafts, as much as I do making music, that was another thing I could offer to the fans. Pledge really came in and helped to get both the visual and the crafts out.

NT: Do you find it interesting how some artists do well in different markets, your music seems to have really caught on in Switzerland and Poland?

LK: It’s really kind of weird and fascinating. I seemed to have built a fan-base in Turkey and Russia as well. I’m really excited to get the chance to visit these places. I really love to explore new cultures. I think quite a bit of the success comes from song placements in film and TV. People will hear a bit of a song and I guess it peaks their curiosity.

NT: What was the experience like doing a live gig on the internet?

NT: Billy Crystal sang part of one your songs at the Oscars, that must have been really exciting for you?

LK: It really was. I was watching with a bunch of friends who are actors. I also really love ‘The Princess Bride’. It’s one of my favourite films. I’m starting to write a bit more for TV and film. I find it quite interesting, so that was really quite nice having my song performed during the Oscars. I’ve kind of done a 360 because one of the first songs I did with Decoder Ring was for the Australian film Somersault.

Cat Power – You Are Free