“Try” By The Fight 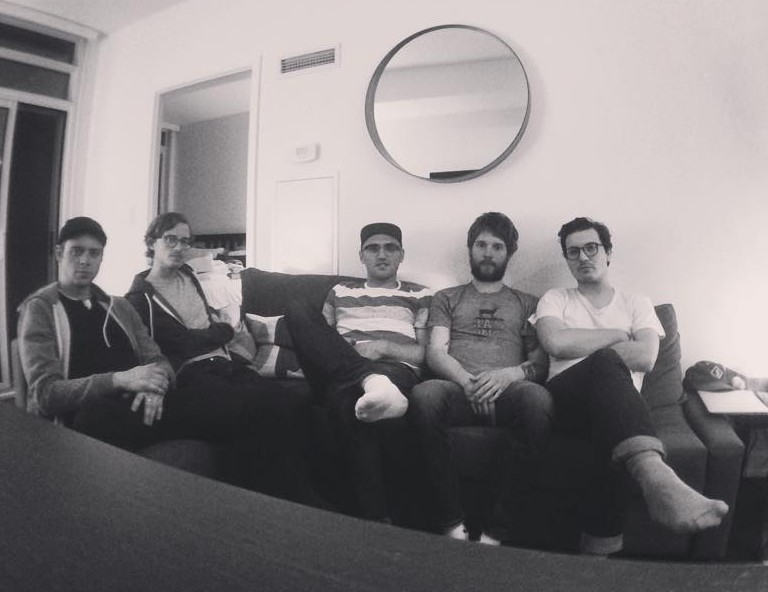 The Fight are a working-class quintet from the northern Canadian city of Edmonton, AB. Rock and roll melodies accompanied by bittersweet lyrics breed danceable anthems for the underdog. There is frustration and struggle in the drums and distortion, a heartfelt distance in the vocals, wrapped in electric regret. Good intentions clash with personal realities alongside the overarching reminder not to take any of it too seriously. An emphasis on compassion tinged with optimistic melancholy provides unassuming reassurance about what it means to be human.

Since 2010, the group has toured extensively in support of previous releases, Hard Lines (7” single, 2013) and New Young Electric (LP, 2011), criss-crossing North America and putting over 100,000 km on an old Ford Econoline. Having played bars, festivals, basements and cafés spanning the Pacific to the Atlantic, The Fight’s enthusiasm for engaging rooms both at home and on the road is contagious. Uninhibited live performances regularly have crowds shuffling, swaying, flailing and tapping feet to energetic drums, full guitars, rhythmic bass and heartfelt vocals. Sincere small talk and approachable stage presence remind audiences that they are among friends, while extending an unspoken invitation to relax and relate.

Released on October 9, 2015 through Open Circles Collective, North America is The Fight’s latest effort. Written and recorded over a two-year period, North America is the by-product of some of the most influential experiences the band has faced. Shaped by stretches of highway and poignant nostalgia, the EP takes listeners on a cinematic road trip through the eyes of youth. Lyrics venture thoughtfully through sentiments of love, loss, loneliness, adventure and awe while instruments provide an emotionally charged pulse to the narrative. The Fight plan to tour throughout the fall of 2015 and into 2016.