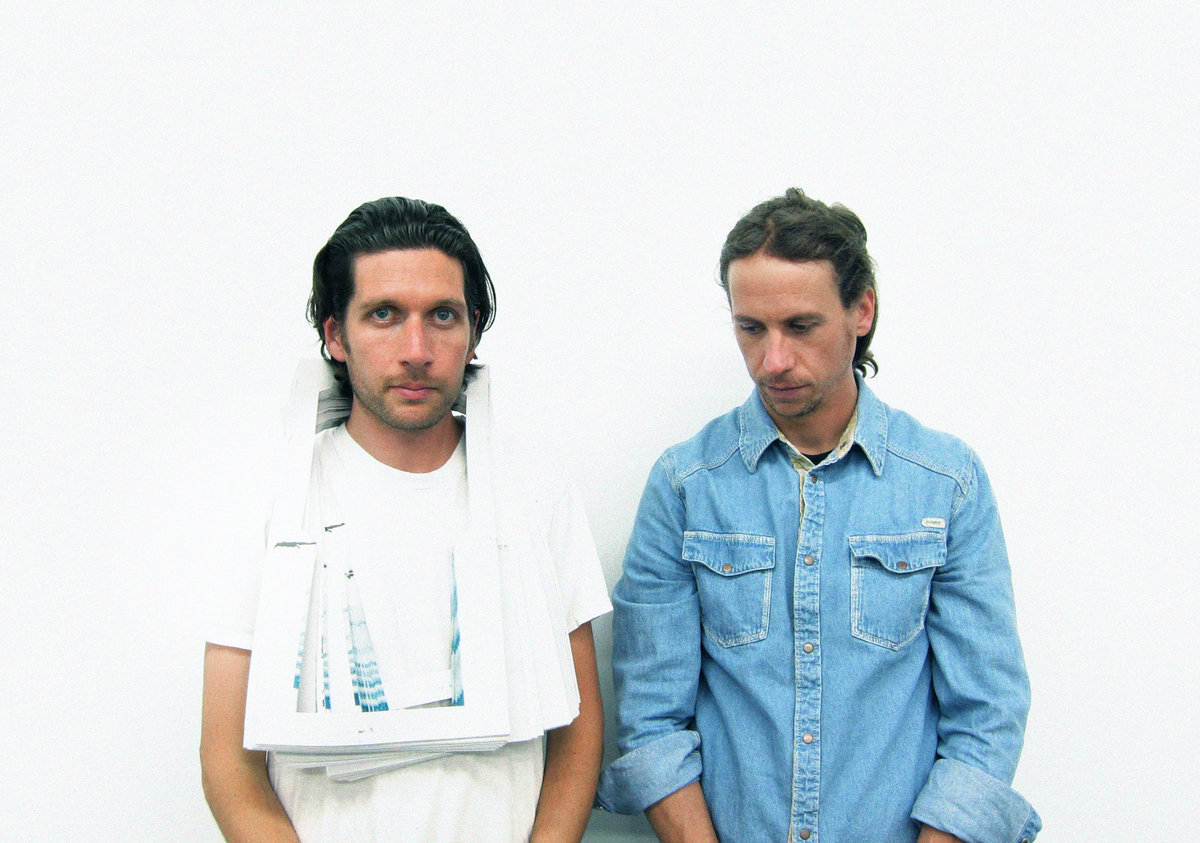 On January 26th, noisy L.A. punk duo No Age make their Drag City debut with their fourth studio album Snares Like a Haircut. On their ambitious – and ambitiously hands-on – previous album, 2013’s An Object, Randy Randall and Dean Spunt branched from their guitar-and-drums set-up to explore, among other techniques, using contact mics and creating rhythms by hand. The resultant album sounded fragmentary, like a skeletal patchwork of experimental ideas. A handful of riff-powered songs were tethered together by just as many tracks of electronic ambience and feedback. Most astoundingly though, if only as far as stamina goes, Randall and Spunt physically assembled 10,000 copies of An Object, printing and cutting the sleeves, boxing the CDs and records, and stamping and shipping the packages.

Following this rigorous process that meditated on the value of art – is an album ultimately just an object? – No Age developed a newfound appreciation of structure. Northern Transmissions spoke with Randall about tightening back up, what the band learned by playing An Object in front of live audiences, and the driving creative force behind Snares.

Northern Transmissions: How did these songs start out when you started jamming them out live? Because for the most part, the songs on Snares go back to the tighter structures of Nouns.

Randy Randall: It kind of started with more guitar-based writing. The thought was to really write a record that we can go play live everywhere and perform the songs pretty close to how they were recorded.

NT: So I assume that you didn’t continue exploring a lot of the techniques that you experimented with on An Object.

RR: Right. I think Dean was really kind of on a major exploration in the production of that record, trying to re-establish or reconnect with some creative energy to pull some new energy and new ways of creating sounds. I think what we found was making the record, that was its own process. And then we’d go out to play the songs live, and there were some experimentation[s], but I think at the end of the day, we did end up rewriting or at least reimagining the songs from that record in the live setting.

NT: So after that immersively and almost obsessively hands-on last album, you kind of kept it more basic this time around.

RR: I think so. The feeling of just getting in a room and playing. No big concepts. At least from my side of it. Just kind of having fun and writing songs and going out and playing them.

NT: And speaking of just playing around and experimenting and having fun learning songs, around the time of An Object, despite having no experience on piano, you got a piano, right?

RR: I did, yeah. We [Randall’s family] got a piano for the house, and then I was just kind of playing around with that. There’s a song on Everything in Between where I did this sort of piano instrumental piece…. A lot of times, I’ll write something on guitar and then transfer it to piano just to see how it feels. It’s a percussive instrument. Piano is melody and percussion and rhythm all built into one instrument. I’m interested to see how all that works.

NT: So in your tinkering around, did that give rise to any material that even like, that a fragment turned into something on this album?

RR: [Laughs] Huhhh, hm. I gotta go back in the time machine and see. Nothing comes to mind as a one-to-one transfer. I think it’s more just the exploration. You know, “It’s the journey, not the destination,” just playing around with stuff. It was a cool process just playing the songs live. That was the biggest creative influence on this record.

NT: Did you ever at least learn “The Imperial March” or Wings? I remember you were joking about that.

RR: [Laughs] I do a pretty good cantina, like three- or four-bar riff.

NT: For some people, that’s all they need though, so you’re onto something there.

NT: Between the two albums, An Object and Snares, you said that a lot of “life stuff” came up for both you and Dean: some losses and births within your families. How did those changes influence the making if this album, if at all?

RR: It’s hard to see the exact correlation. There’s not really a song on there about our kids or the passing of family members or anything. I think it’s all internalized in a way that I think’s similar to the political situation that America’s in with our president and all of that stuff. It’s sort of an internalized emotional landscape that we write from that’s informed by all of these things.

NT: I kind of figured it was more like a headspace thing than anything in the lyrics themselves. A few of the songs in particular really caught my attention. First of all, I gathered a sense of being at a loss on “Send Me”. That really caught my attention, the lines “Where should I go?” “There’s so much I wish that I had.” “There’s so much I wish I had done.” Where did those lyrics come from, and what do you wish you had or had done?

RR: That’s more of a question for Dean. He writes the lyrics independently. But the feeling of that song, it just felt like a different tempo, a different feel than the things we’ve done in the past. I think by the end there’s kind of a Cure feel to it as well which I think came up a few times on this record. I’m like, “Wow,” without setting out to be influenced by The Cure…. I think that song… it cuts when I hear Dean sing it, those words. When I finally heard it, I was look, “Oof. Wow.”

NT: I also felt more anxiety and restless on “Stuck in the Charger”. But again, it’s from the lyrics that I hear as being about communication breakdown or lack of communication. When you hear that [song], do you get the same sense?

RR: Dean and I have matured as a band, how we communicate. We’ve definitely had talks about it: “What are we doing here?” These kinds of talks that any band going on more than 10 years probably has to have. Like, “What is this?” You grow as people as the years go on, and then and how do you grow as a band at the same time? And keep checking in, like, “What is this band if we’re always evolving as people?” The people we were when we started the band are not the people we are now…. “Are we still a good fit? How do we do this?” But we never talked about breaking up or anything. But it was more just like, “Where do we intersect? Where are our interests and likes intersecting?”

NT: And if the album like you said was informed by a greater political world view, you can certainly blow that up and say, “What the fuck are we doing as a nation, as a state?”

RR: Yeah. And it’s been interesting conversations specifically around the election which was the time when we were writing a lot of these songs. There was that discourse within family members, within the community at large of everybody taking sides like, “Wow, really? You’re that guy. Huh.” But then, also, “I guess I’m this guy.” But what does that mean? We’re still family; we’re still friends. But how can you justify this stuff, or how do you move forward? You’re not going to stop being family members just because you have a different political belief.

NT: And also with some of Dean’s lyrics that I quoted here and the things that he was writing about, at least the sense that I gathered, they were a lot of open-ended questions.

RR: Right around the inauguration and the Women’s March that we had, it felt like there were more questions than answers. Your definitive statements [were] like, “What are we? What are we doing? What is this world gonna look like that we live in?” It’s to be written. It’s tough to place us all in history. It feels so dark right now, but what is gonna be the final end to this, or how are we gonna look back on this time?