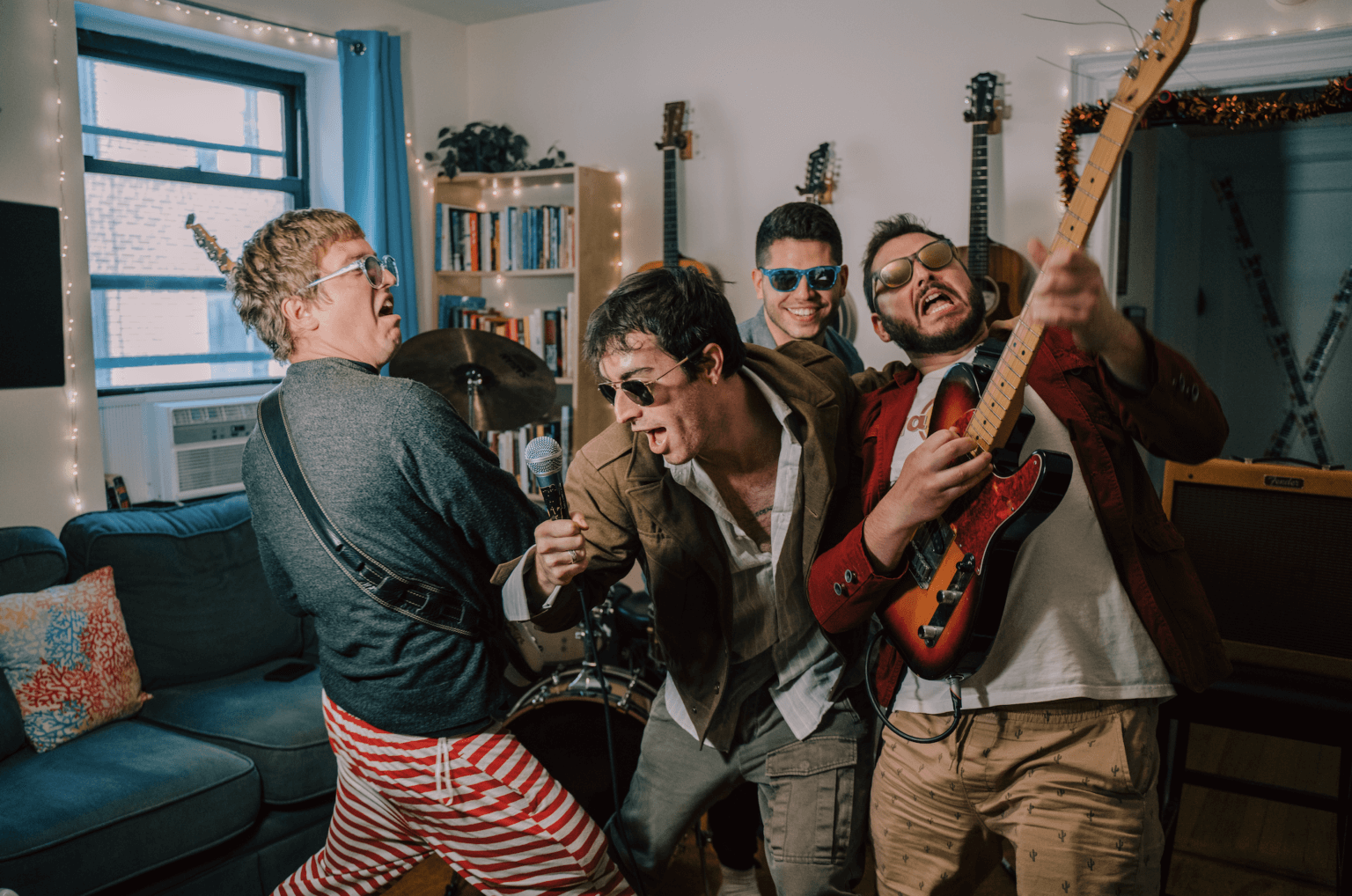 Nicotine Dolls Debut Video For "Upset The Neighbors."
Share on TwitterShare on PinterestShare on PocketShare on RedditShare on FacebookShare on Email

Nicotine Dolls formed in 2017 after lead vocalist Sam Cieri and lead guitarist John Hays decided to form a band after meeting on tour. Bassist John Merritt and drummer Abel Tabares joined quickly after. The band has spent the past 4 years recording and releasing music (produced by Eric Sanderson) as well as producing their own videos. DIY touring and hometown NYC shows are always left shaking from the bands emotional raw and energetic performances. Balancing genre fluidity between Alt-Rock, Pop, and some bits between, the band’s music is always rooted in honesty and the simple complexities of being a person.

vocalist Sam Cieri on the single and video for “Upset The Neighbors:”

“This song is two people keeping veering away and distracting themselves from the issues inherent between them. I brought this one to the band feeling like it was right up our alley, big exhilarating sounds tied onto the inevitable weight of the topic. We went in wanting to chase the distraction part of the story, the fun and the show. So, we take that grounding and then thought, what if “I believe in a thing called love” by The Darkness was covered by a 2007 pop punk band? It’s always a good sign if these are the questions you are asking.”

“Our videos are the other half of what we do and we have a lot of fun making them ourselves. The goal for this was to double down on the fun and make something that didn’t take itself too seriously (like those great Foo Fighters videos). We spent two days creating and filming chaos in our friends apartments and it will go down as the most fun we have had making a video so far. This video is meant to make you smile and laugh and feel good because after the year and a half we have all had that’s what we all (including this band) need.”