Never Enough is an intricate piece of electronica effortlessly blending EMILIE’s smooth, soaring vocals with the track’s multi-layered pop beats, brilliantly creating a moody alternative pop sound for a contemporary audience. The single tackles themes of greed that exist in today’s world resulting in a loss in the value of what truly is important to us. Never Enough instantly generates a keen sense of atmosphere, as EMILIE expertly combines a storytelling charm with soothing melodies, creating a sound that could be compared favourably to the likes of Låpsley and BANKS.

Despite her tender years, EMILIE has an unerring ability to produce impressively crafted compositions, performing vocals and synths on all of her songs, while enlisting the skills of drummer Steve Morrison (percussion, sampling). EMILIE’s previous single Eyes For You received critical acclaim from a slew of respected online and print publications with support coming from the likes of The Line of Best Fit, The Skinny, The Scotsman and Songwriting Magazine. In the past year she has also become a regular on the Scottish live circuit, supporting SG Lewis in Glasgow as well as performing at a sold out show for her debut EP launch.

‘Never Enough’ is out now via Depot Records. 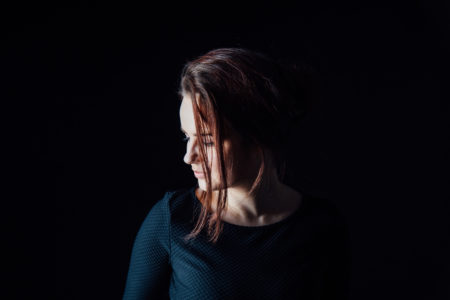