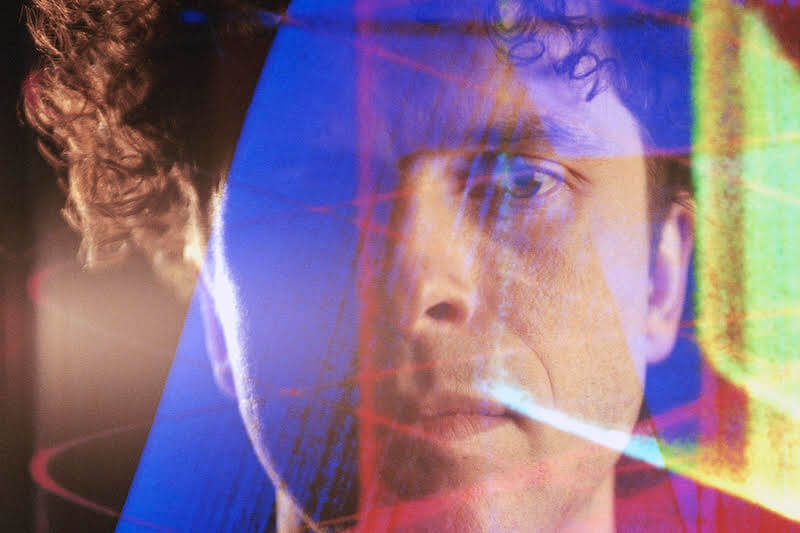 Ahead of the release of his debut LP Fall Into Noise set for release August 13th via PRAH Recordings, Margate, UK based artist Raven Bush has shared his new single/video “Never.”

The song, is described as “a reflection on the times we find ourselves amidst change. The presence of forward motion in life and the momentum it brings that carries us forward. You hold on where you can and have faith that the process provides growth”. The track features a vocal sample of Zoe Carassik Lord. She is Margate-based musician who runs Pie Factory Music, a music development program for young musicians wanting to get into the music industry.

“As a title, Fall Into Noise is about the acceptance of all that you can’t control” Raven explains. “I find it interesting that noise can be disconcerting to one, yet sublime for another. For one person a sound which makes them anxious, makes another aware of something mystical. I’m talking about uncontrollable forces and how we perceive them. A friend was telling me about how the thought of the ocean, with its unstoppable power that everyday just went in and out with the tides, was terrifying. everything just ‘is’ and it’s up to us to decide and embody meaning to it.

Of course it’s easy to say these things, but it’s always good to be reminded, I think.”

As a producer and violinist – an instrument he started playing as a two-year-old – he’s appeared on releases by everyone from Christine & The Queens and Ghostpoet to Kate Tempest. On stage, meanwhile, he’s performed with the likes of Mica Levi and the CURL collective, among many others.

Many of the album’s tracks began as music performed last year at Funkhaus in Berlin for a show by choreographer Kiani Del Valle. One of three music producers working on the show, alongside Lotic and Floating Points, the challenge of fitting his music to dance felt like a natural fit and triggered a desire to further document it.

Recorded at his home studio in Margate, before being given a final stem mix by Ghostculture and then mastered by Rupert Clervaux, Fall Into Noise captures Raven’s giddy excitement at crossing this boundary. Rooted in techno, it pulls the fabric of that foundation apart to intertwine it with a rich, colourful sonic palette.

It also comes from his long-held interest in film scoring. In 2020 he worked with director Phillip Karminiak for a Nowness short film titled Cass & Lex, and the tension between the tenderness of his string work and the hard-hitting rhythmic drive of that material is something taken further here. Tracks such as “Start of Something New”’s restless flutter of clean keys and manipulated vocal work, and “The Window” – where everything drops out to leave a yawning chasm flooded with yearning drones and intermittently flickering frequencies – it’s clear this is music written for moving image both real and imagined.

“Something like We Are Made of Stars, too, is an example of a track that in my head has a whole film to it” Raven furthers, citing the record’s third track, which slips in an out of different scenes at break neck speed, from 70’s sci-fi futurism, through crackling percussive clicks and whirrs and mechanical techno, to ascendant strings.