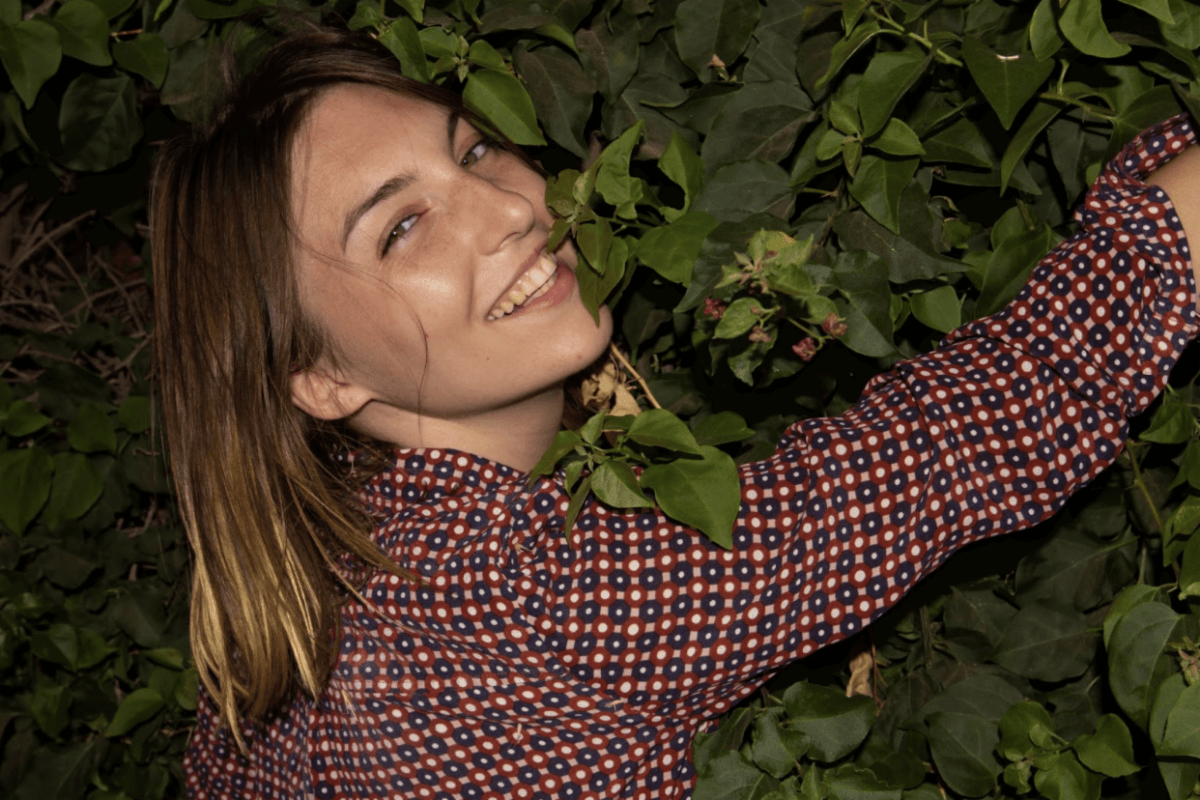 Naomi Alligator interview with Northern Transmissions. The Los Angeles artist discussed her brand new album Double Knot and much more
Share on TwitterShare on PinterestShare on PocketShare on RedditShare on FacebookShare on Email

Naomi Alligator Maintains An Organic Approach Sometimes a change in scenery is beneficial and Corrinne James found that out through her indie folk project Naomi Alligator. Since establishing herself in Los Angeles a couple years ago, her life has turned a new leaf and she’s been relishing in it. The proof of this is her latest album Double Knot that came out on July 1 via Carpark Records.

The music within the record comes from a personal place with an acoustic vibe being present. It also strives to be relatable to the listener while conveying a very natural sound without any of those nonsensical production tricks being done to it. We had a talk about the making of the new album, pissing off KISS fans with a music video, wanting to connect with people through the music and ringing in the record’s release in a library.

NT: You wrote Double Knot while living in Philadelphia during the height of the pandemic and the end of a long term relationship. Looking back at that time, do you view heartbreak to be the underlying theme of the record, do you view it to be more introspective or do you view it in another way?

Corrinne James: I wrote a lot of the album while living in Philly and then I was in between moving from there to California kind of randomly because I didn’t know I was going to move to the West Coast. When I wrote some of the earlier songs the feeling of heartbreak wasn’t on the surface, but perhaps those thoughts were lingering in my subconscious while I was writing the songs. When I moved to California I wrote three of the songs and I started to feel like it was a new beginning. Yeah, I was sad but I was excited that I did something for myself and moved away to a new place. I mutually ended a relationship with someone but even though the friendship was really sad to end we were both happy that our lives were starting anew.

NT: Your music is acoustic based, you have a lot of guitars and banjos being played and there’s also a singer-songwriter aesthetic. What inspires your artistic approach?

CJ: I really, really like Joan Baez, Pete Seeger and a lot of older folk musicians. When listening to their music, what’s always stuck out to me is the melody and the lyrics. I’ve focused a lot of my energy on making the melodies sound good to me and if I feel that the lyrics are good on top of the melody, I don’t necessarily try to change anything. I do like the stripped down sound but I also like to incorporate eerie sounds influenced by nature. I’d like to imagine that while the listener is hearing the melody and the lyrics they’re also hearing these little sounds that resemble insects and wind. It’s almost like I’m singing to them in a big field or something like a forest because that’s where I think my music fits.

NT: I totally get that, it’s pretty cool. Back on June 16th, you released a music video for the song “Don’t Get It” off of the album. The video has you and these other girls wearing white and black face paint similar to the members of KISS with a fight breaking out. Who had the idea for this?

CJ: I had the idea for the video and a bunch of my friends helped out. The song is about a bad friend so I just imagined friends getting into a fight and I thought it would be more interesting to make them a weird group of girls. It’s funny, that video has gotten so many mixed reactions on the internet. Some guys that really like KISS really hate that we made this video and some people get it, some people think it’s funny and ironic but a lot of people have said “This sounds nothing like KISS! Gene Simmons is gonna sue you!”. I think they’re way too attached to this video and there’s been people arguing about it in the comments which is interesting. You can make a very random piece of art and so many people can have serious opinions about it.

NT: It’s hilarious that you have KISS fans going after you like that, I find that to be very funny.

NT: You’re ringing in the release of the album in an interesting way with back-to-back release shows on July 8th & 9th at Heavy Manners Library in Los Angeles. What made you want to pick this place as the setting and do you have any unique plans for both shows?

CJ: Heavy Manners Library is a really cool library and performance space in Los Angeles that my friend Matthew founded with my friend Emily. We played a show there in the past and it was really fun, it sold out and so I wanted to play another show there. Matthew and Emily played with me the first time and Matthew said “Hey, I think we should do two shows because it might sell out again” so we got some really cool people in L.A. to come play on the bill. I really like the space because it’s not just all music. I’m both a visual artist and a musician and on the top floor there’s books about art, there’s art hanging on the walls and downstairs there’s a theater. It’s a music space that also has this performance element. Matthew is really understanding and cool and the place focuses on the art side of things as well.

NT: That sounds wicked cool and it seems like it’ll be more of an engaging experience for the audience. For those who haven’t listened to Double Knot yet, what can they expect after they plug in and press play?

CJ: I want it to be relatable and I oddly want it to feel like it’s from the Earth. Not only relatable on a personal level but I want people to hear the sounds and feel like they’re in a space that is calming or something just related to the Earth. This is what I can relate to and my friends that have listened to it think it’s relatable, they like the melodies and they like the different instruments but you never know. There could be a bunch of KISS guys that’ll probably think it’s trash but it’s not about them for me, I’m proud that I made it and I find it to be relatable for myself.