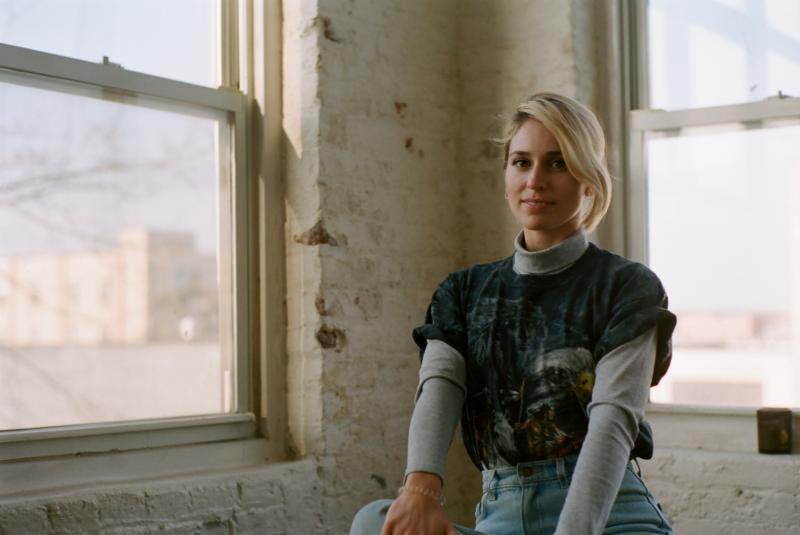 After the recent announcement of her self-produced EP Blue Pine, and self-titled full length compilation of her EP trilogy, available March 8th on Luminelle Recordings, MUNYA – a.k.a producer, singer, songwriter and performer Josie Boivin, has released the single “Benjamin,” off of Blue Pine, her first-ever song in both French and English.

“Many times in my life when I thought I had found love it turned into heartbreak,” Boivin explains. “Like most people, it has made it harder for me to be vulnerable with new experiences and people. In this song I take a step back and realize it’s how we all feel. I make fun of my own vulnerabilities, try to just push them to the side and enjoy my new love.”

Born in the small town of Saguenay in Quebec, Josie Boivin is the youngest of nine children. Classically trained as a pianist, Boivin discovered she could sing opera in high school, when she was overheard by a music teacher while jokingly imitating an opera singer. After spending her teens in the highly competitive opera world, she studied jazz at the University of Montreal before dropping out. Boivin took a year to travel and explore, experiencing life and working odd jobs, trying to find the best outlet for her musical vision. She played keyboards and did backing vocals for local artists in Montreal, honing her skills as a producer, performer, and musician.

MUNYA had only written one song when she was asked to perform at Pop Montreal in September of 2017. Boivin, a classically trained pianist, opera singer, and jazz student, dreamed of making music full time, and playing at the festival made her realize that this was what she was meant to do. She subsequently quit her day job, moved in with her sister and turned their kitchen into a recording studio, where she wrote every day. The result is MUNYA.