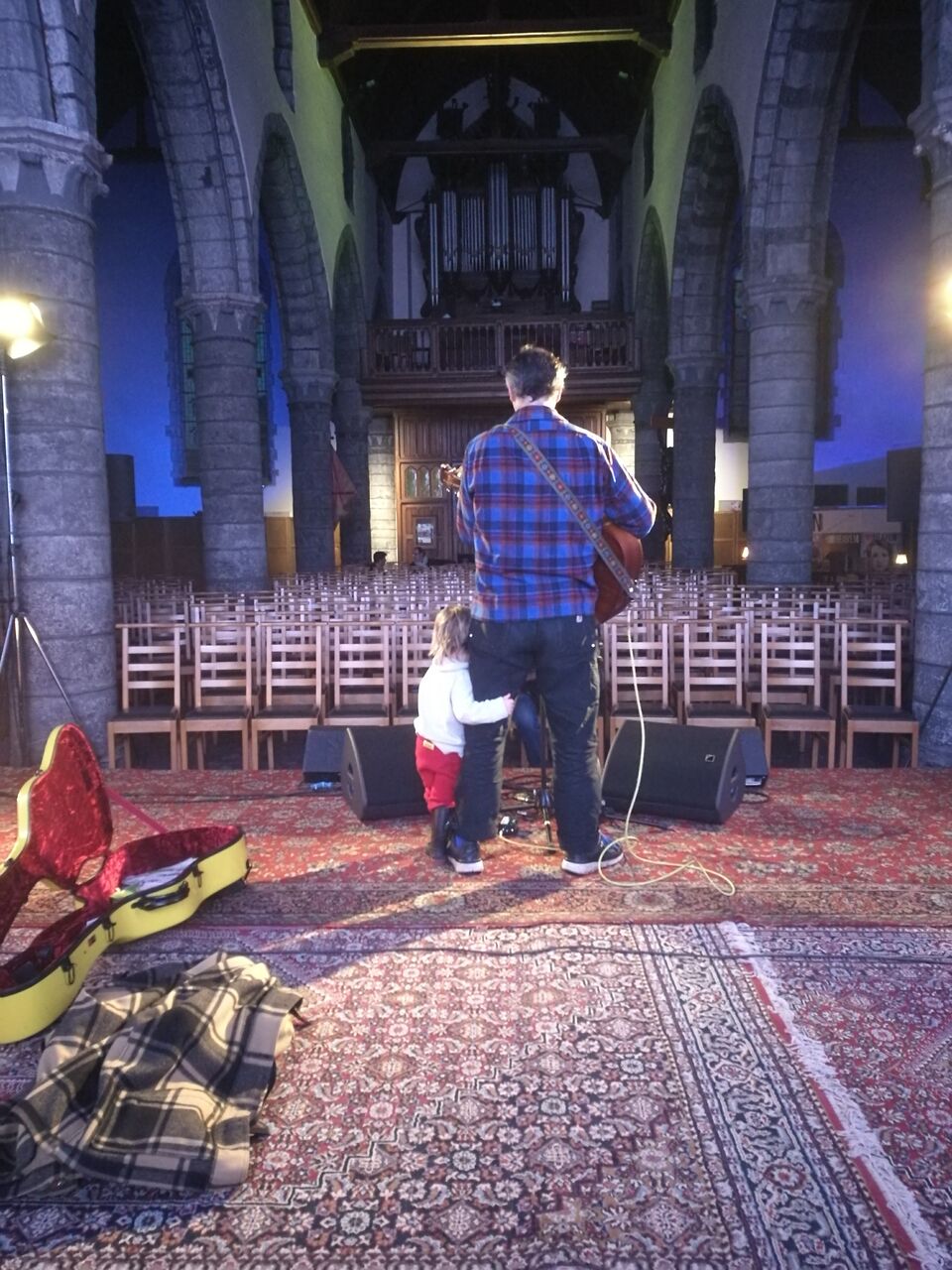 Mount Eerie, Anacortes, Washington’s Phil Elverum, has announced the release of Now Only, out March 16th on P.W. Elverum & Sun. The album follows the widely acclaimed A Crow Looked At Me, a raw and affecting album about the death of Elverum’s wife, artist and musician Geneviève Castrée. A Crow Looked At Me was recently named one of the best albums of 2017 by The New York Times, the Atlantic, New York Magazine, NPR, Pitchfork, SPIN, Consequence of Sound, Tiny Mix Tapes, and more.

Now Only is a continuation and deepening of the themes presented on that album. Elverum further explores that style of direct, unadorned lyrical writing, with further ruminations on Castrée’s death and their life together, the effects of the sudden success of these intimate songs, and the concept of remembrance. Today Elverum has shared “Distortion,” a remarkable and complex weaving together of stories and thoughts that touch on all of those themes. Underpinned by a hypnotic and melancholy swirl of guitar, the 11 minute epic is an exploration of the intricacies of legacy.

Elverum’s life during the period he wrote Now Only was defined by the duality of existing with the praise and attention garnered by A Crow Looked At Me and the difficult reality of maintaining a house with a small child by himself, as well as working to preserve Geneviève’s artistic legacy. Consumed with the day to day of raising his daughter, Elverum felt his musical self was so distant that it seemed fictional. Stepping into the role of Phil Elverum of Mount Eerie held the promise of positive empathy and praise, but also the difficulty of inhabiting the intense grief that produced the music. These moments, both public and domestic, are chronicled in these songs. They are songs of remembrance, and songs about the idea of remembrance, about living on the cusp of the past and present and reluctantly witnessing a beloved person’s history take shape. Time continues.

Mount Eerie has announced select North American dates to coincide with the release of Now Only in March. Additionally, Elverum will be performing previously announced dates in New Zealand and Australia later this month, and then will be performing at the Swedish American Hall in San Francisco twice on February 22nd.