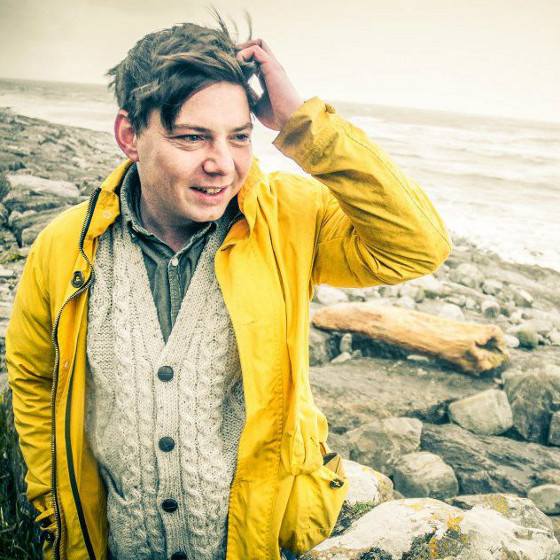 Sweet Baboo is Stephen Black, a native of the north Wales countryside and a single-minded, idiosyncratic singer. On April 23rd he will make his North American debut with his fourth full-length album Ships, released on celebrated UK indie label Moshi Moshi Records (Summer Camp, Niki & The Dove, The Drums). On Ships Black displays his ear for a sparkling melody, his restless soul, and gift for a deft lyrical turn – from darkly funny to piercingly tender, twinklingly boastful to deliciously self-deprecating.

Ships is the follow up to Sweet Baboo’s third album, I’m a Dancer/Songs About Sleeping, which was nominated for the inaugural Welsh Music Prize in 2011, a year which also saw the release of his EP, Girl Under A Tree. Influenced by fond musical favourites, The Beach Boys, Daniel Johnston and Gorky’s Zygotic Mynci. Ever writing and recording, Black’s productivity is all the more remarkable given his extra-curricular activities which have seen him working with an ever-growing array of musicians. Black has played on albums by Cate Le Bon, Slow Club and H. Hawkline, and has been a regular part of the touring line-up for all three bands as well as others.

Over the last few years, Sweet Baboo has played at Latitude, Green Man Festival, SXSW and The Camden Crawl, as well as touring Germany with Johnny Flynn and the UK with Islet and Slow Club. He has also been invited to record sessions for BBC 6 Music’s Marc Riley, Huw Stephens and Stuart Maconie. In between world tours and sessions with other bands, Black found time to record his fourth full-length album Ships with his long time collaborator The Voluntary Butler Scheme (aka Rob Jones).