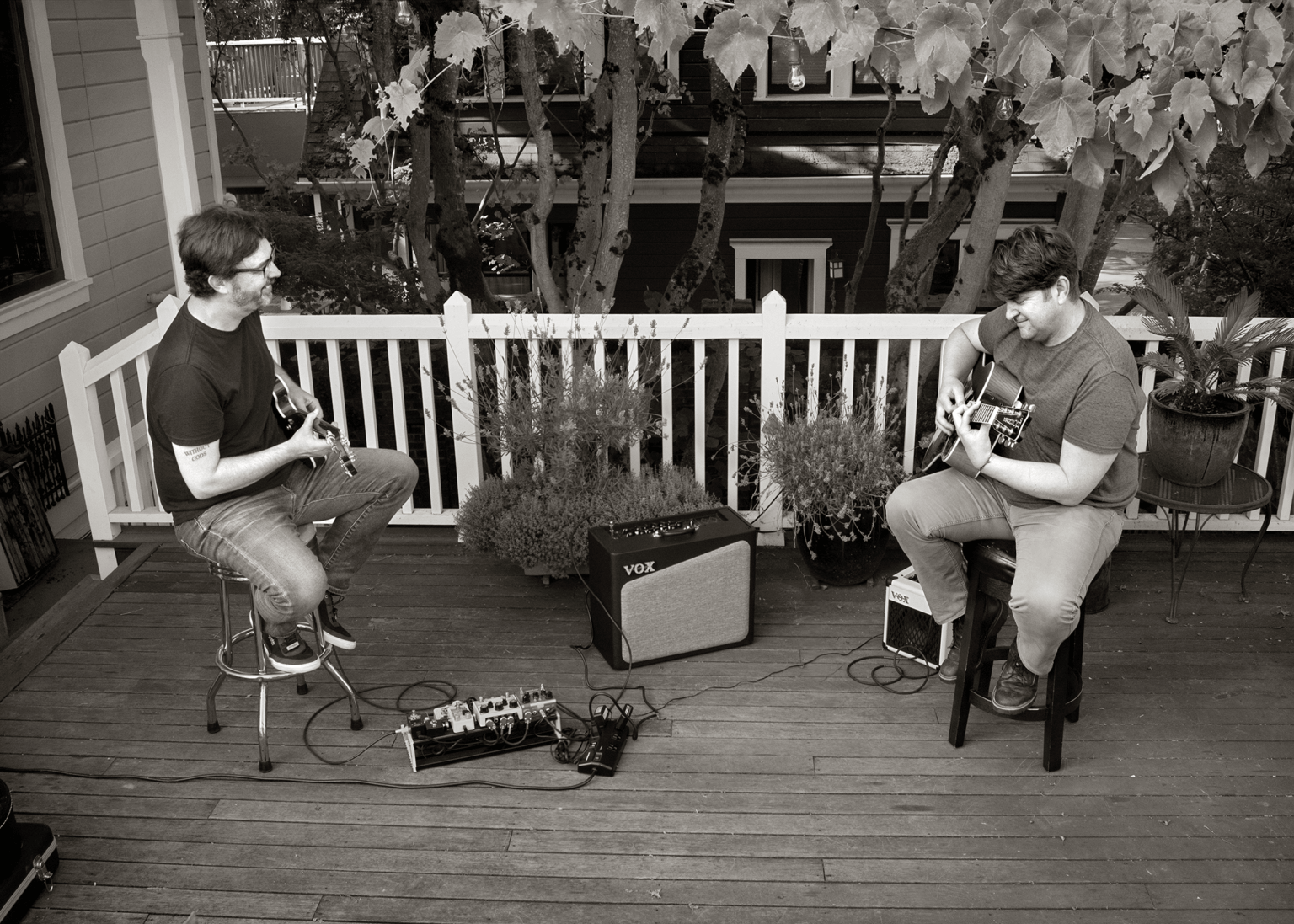 Moon and Bike recently collaborated with producer and label owner Dylan Magierek from Badman Recording Co. (Mark Kozelek, STRFKR, My Morning Jacket) to remix two songs from their first album, One. Magierek has also worked with Fleet Foxes, Laura Gibson, and The Builders and the Butchers. Today, the Portland, Oregon duo, have shared a new video for “Nearer Sky.” The two singles feature the addition of drums and will be released in the summer of 2021. Magierek has also been working with Boone and Michael on their next full-length album, which is planned for release in 2022.

Moon and Bike on video for “Nearer Sky:”

“Nearer Sky has an upbeat, steady movement to it, and we really wanted to highlight that with the addition of drums in the remix. Dylan Magierek did a great job mixing the drums in with all of the other instruments to create a whole new version of the song. We love the way Glasswing Creative interpreted the song into an animation that captures its organic sense of journey through open, natural spaces, reflecting the ambient Americana flavors in our sound.”

Moon and Bike’s use of acoustic and electric guitars to create lush, melodic, and immersive soundscapes is at the core of their sound. Since forming their first band in Portland, Turning Eleven, they have continued to write and play together while collaborating with other musicians in a variety of styles. They have also scored music and done sound design for film, commercial, and creative projects. In October 2020, working 200 miles apart, Boone and Michael recorded and released their first album of instrumental guitar works.