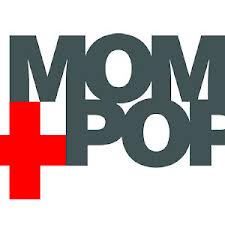 The 14-track sampler features Mom+Pop mainstays such as Andrew Bird, whose track “Crown Salesman” is pulled from a 2012 7” of the same name, and Polica, whose Justin Vernon-bolstered “Tiff” was released earlier this year. In addition, the comp features Boombox newcomers like LA’s Beat Club and Sweden’s Kid Astray, as well as new Mom+Pop additions like Brooklyn fuzz rockers Hunters, Australian psychedelic pop trio Jagwar Ma, and the label’s most recent signing (just announced today), Lucius, whose debut is slated for Fall 2013 (North America only).

The compilation is streaming in full now on Mom+Pop’s SoundCloud: (Stream above)

11 Animal Kingdom – Get Away With It

14 Lucius – Until We Get There

At launch, Boombox offered a special welcome package to its first 300 subscribers. To commemorate the release of the comp, the offer is being extended. The next 100 subscribers to sign up will receive a tote bag filled with Metric’s Synthetica, Sleigh Bells’ Reign of Terror, and a third randomly selected title. Next month marks the delivery of the first 7”s in the series, with limited-edition pieces from Neon Indian and Smith Westerns scheduled for delivery.