Moaning Get Through it with Uneasy Laughter 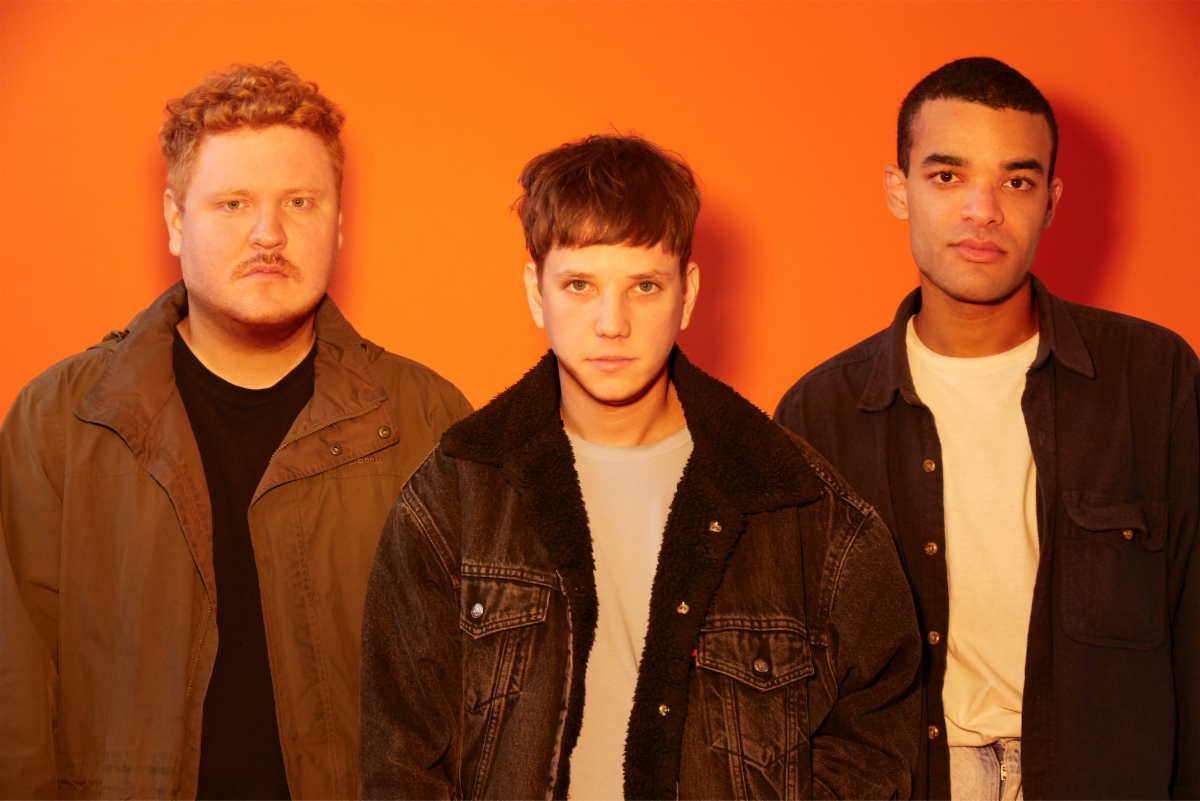 The world is overflowing with uncertainty and anxiety right now. It’s hard to think about what it is we all need to do for the future as we are all just trying to get through each day. For artists who have been directly affected by this global shutdown things can feel especially dire. To have not only your direct income cut off but also your main creative output stymied is extremely difficult. For the bands that have albums being released during this time, with no real tangible way to promote their work as the touring industry is on lockdown, can leave one feeling hopeless. The post punk leaning act Moaning just released their excellent sophomore record, Uneasy Listening via Sub Pop Records last month, and it has become an almost perfect soundtrack to these trying days. The Los Angeles based band may be stuck at home right now but their record is a wonderful reminder that even through though a darkness seemingly permeates every corner of our consciousness there still lies a little bit of hope. The trio, made up of vocalist/guitarist Sean Solomon, bassist/keyboardist Pascal Stevenson and drummer Andrew MacKelvie, have been working together for many years and with Uneasy Laughter have crafted a collection of songs that holds up a mirror to our uneasy times.

“I’m in LA right now staying at my girlfriends house,” explains Soloman when we reach him by phone. “My roommate works at a hospital and when all this happened I just moved my stuff over here as he needed to self quarantine for a couple weeks. It’s been uncomfortable and kind of scary but we are doing fine.” The band took an interesting approach to the creation of the new album. Soloman wrote the majority of the songs on an acoustic guitar, which can be surprising after hearing the final product which is a defiantly synth heavy affair. “I like the acoustic guitar,” Soloman says with a laugh, “I’m just personally more comfortable with the guitar, it’s my main instrument.” After coming up with the basic chord progressions for the songs, Solomon sat with his computer and transcribed everything in midi to see what he could come up with. “I was just sitting there and flicking through presets and finding all these different possibilities that the arrangements can exist in. After that I passed it on to Pascal, who is more versed in music production, he’s really good at all that stuff. It was interesting passing these Ableton files back and forth.” What these files eventually became is a pretty amazing sounding record. The songs on Uneasy Laughter definitely evoke an earlier time, drawing on post punk, dark wave and other equivalent sub genres but as Solomon explains that wasn’t the bands intention. “It’s funny we get compared to these types of things often. We all have really different influences and with Pascal, he is the one that is more into post punk and new wave. My songwriting influences are all over the place and I don’t necessarily think about them having any nostalgia until I see the reviews of the albums.” The reviews of Moaning’s two records have often placed the band in those specific genres, drawing on comparing the band from everything from Unwound to The Pet Shop Boys. “It’s kind of funny. I got a certain haircut once and all of a sudden everyone was comparing my singing to Ian Curtis,” he says, “I mean, I like Joy Division and The Cure but I can’t listen to that music all the time, It bums me out.”

Last year Soloman made the decision to get sober and through his sobriety has found a clear headedness that not only has enhanced his trade but also his day to day life. “It was interesting. You hear these stories of people hitting rock bottom and that was their decision to get sober but I really didn’t have that. I just felt really bad and I thought that having a clear head would help me figure it out and ultimately what was wrong to me was that I didn’t have a clear head.” It’s an interesting situation that many artists are finding themselves in nowadays. WIth the music industry not being what it used to, even bands at a certain level take on a lot of stress with touring and a more fast paced and truncated record cycle. “People were surprised that I stopped as no one thought I had a problem,” he explains. “It’s not necessarily how much you use or drink or get high but why you do it. I was just smoking weed or drinking to get out of my head but even now it’s not like I’m Ian MacKaye or anything.” Even though Soloman is joking when referencing the legendary straight edge singer of Fugazi, there was one thing MacKaye said that hit home for him. “It took getting sober to make me realize how much the music industry is based around selling drinks at shows. MacKay said something once about how musicians think they are rebelling by doing drugs and drinking but it’s almost more of a rebellion if you don’t. I like it and for me I’ve been really excited. That helps me want to keep being sober. I also want to talk about it as it helps me stay sober. My first thought when this pandemic hit was that I should get high now or get drunk now but I had to remind myself that if I was doing that I couldn’t be there for the people around me.”

The global lockdown has also caused Soloman to revaluate the way he approaches the promotion and selling of the music he makes. “We are so used to touring and promoting our music that way. Now, I’ve been forced to figure out how the internet works,” he says with a chuckle. “ I’ve always had this thought that like Instagram should be paying us for the content we are giving them but now we don’t have a choice and its been awesome to actually engage with everybody through there. I’m finally coming around to it. We do have some touring rescheduled but we are still not sure if that is going to happen.” Soloman’s new perspective is actually a really refreshing one. “What I like about playing music is playing the music and writing the songs. Whether we are successful and sell a lot of records or have a lot of people come to the shows, I’m seeing it as almost secondary to the act of creating something.” This pure intention comes through on the songs that Moaning create. They are one of those rare bands that imbue everything they do with a wonderful honesty. An honesty that has transcended from the songs and back into Soloman’s day to day life now. “I feel like I’m 13 again,” he says with a laugh, “ just been playing a ton of guitar and listening to a ton of records.” It’s nice to hear that even through all the uncertainty and anxiety a situation like this can stir up, we still have the ability to sit down, look around us and focus on the things that we truly love.