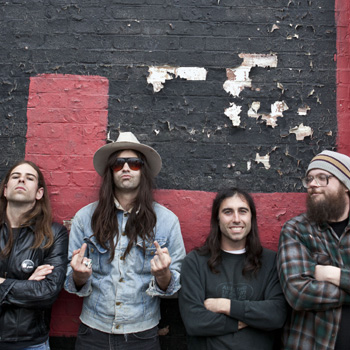 Milk Music are sharing a brand new video from their Cruise Your Illusion LP with us today for the track “No, Nothing, My Shelter”. Dylan Sharp shot and directed the video and it stars Carrie Keith (both of Olympia’s Gun Outfit). It was shot entirely in the Joshua Tree, CA desert, where the band lived for a short time. They wrote the music for what will be their next album whilst living there.

Milk Music have been very busy in the last year, touring as well as moving around constantly. The band now resides somewhere between the mojave desert and the olympic peninsula.

In addition to releasing this video, the band have released a statement about ceasing from playing live shows. You can read their statement and watch the video below.

“We, Milk Music, have decided to not plan anymore live performances for the foreseeable future. This is an artistic decision and should not reflect on our existence as a musical group. We’re currently exploring the wonders of video, as well as recording our next record, Mystic 100’s, a possible double album of intense beauty. A series of videos shall follow it’s release”