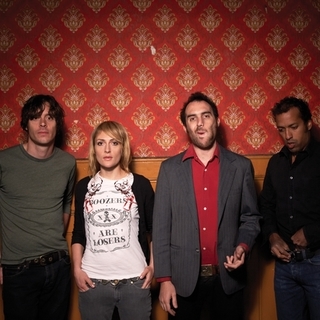 Less than a month after revealing a complex display of collapsing worlds for the video and Metric’s most recent album title-track “Synthetica” comes the colorful and flamboyant video for“Lost Kitten.”

The MuchFACT funded video was directed by Sammy Rawal and and shot over two days in Mexico City. “Lost Kitten” tells a gorgeous story of an unusual search for home. It follows acclaimed ballroom dancer/actor Sheldon McIntosh (otherwise known as Tynomi Banks, the name he goes by when performing in drag in his native Toronto) and showcases Rawal’s hyper-stylized approach in the use of bold color and unique choreography.

“Lost Kitten” re-imagines the archetype of a hero’s journey, as Sheldon searches for his house mother – an “angel.” His massive presence amplified with a sequin jacket and kitten heels, Sheldon’s mysterious pilgrimage leads him through Mexico City into the canal maze of Xochimilco on a flat-bottomed trajinera. He reaches his destiny, delivering an epic vogueing performance to celebrate his re-union with the maternal.

“Lost Kitten” is the track that helped launch the innovative new METRIC Synthetica app in mid-November. The iPad, iPhone and iPod touch interactive song experience brings both Synthetica and Synthetica Reflections (the recently released companion album) to fans to remix, filter and sequence songs as they see fit. Users can change instruments and their speeds and turn tracks on or off to create their own Metric-inspired musical creations. Download the app via http://smarturl.it/metricapp

Metric continues to tour, with dates currently in Malaysia and the Philippines, the band will round out December 2013 in Australia and New Zealand.