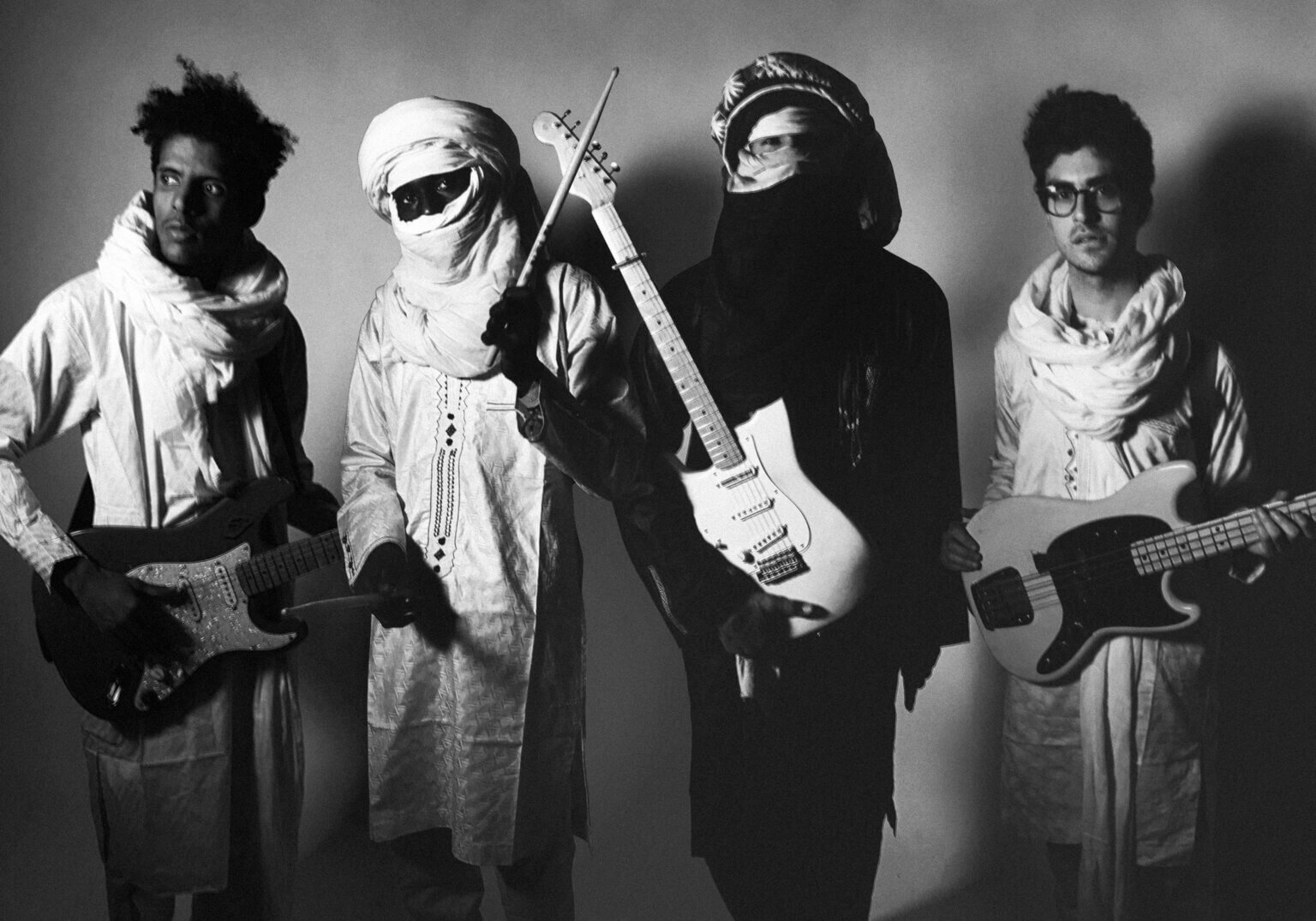 Tuareg guitarist/songwriter Mdou Moctar. The artist’s music has roots in Tuareg melodicism. Today, Moctar has shared his new single “Chismiten.” The track is off his new full-length due out next year via Matador Records. “The song is not about one specific person, but about all people in the world. I turn to Allah for guidance not to be that person”. The song is accompanied by a video that blends illustrations by artist Robert Beatty wit animation and cellphone footage shot in Niger, capturing wedding performances by the band, their friends and family, the markets in Niamey and Agadez, and the famous Agadez Mosque,” says Moctar.

You might recognize Mdou, from his leading role in Akounak Tedalat Taha Tazoughai, the first Tuareg language film – a retelling of Prince’s Purple Rain. Otherwise, you may have spent time with last year’s monumental Ilana: The Creator, the guitarist’s first true studio album recorded alongside his live band. Indeed, it was the album and the band’s live show that brought them to the  attention of Matador Records.

Mdou and his group – bassist and producer Mikey Coltun, drummer Souleymane Ibrahim, and rhythm guitarist Ahmoudou Madassane – have toured ceaselessly throughout the world, evolving into a ferocious ensemble that can rock a Tuareg
wedding as easily as they can scorch a festival stage.

“At our concerts we never talk about the music we are going to play, never write out a setlist, it’s whatever comes to my head that I’m feeling”, says Mdou. “My band is always with me listening”.