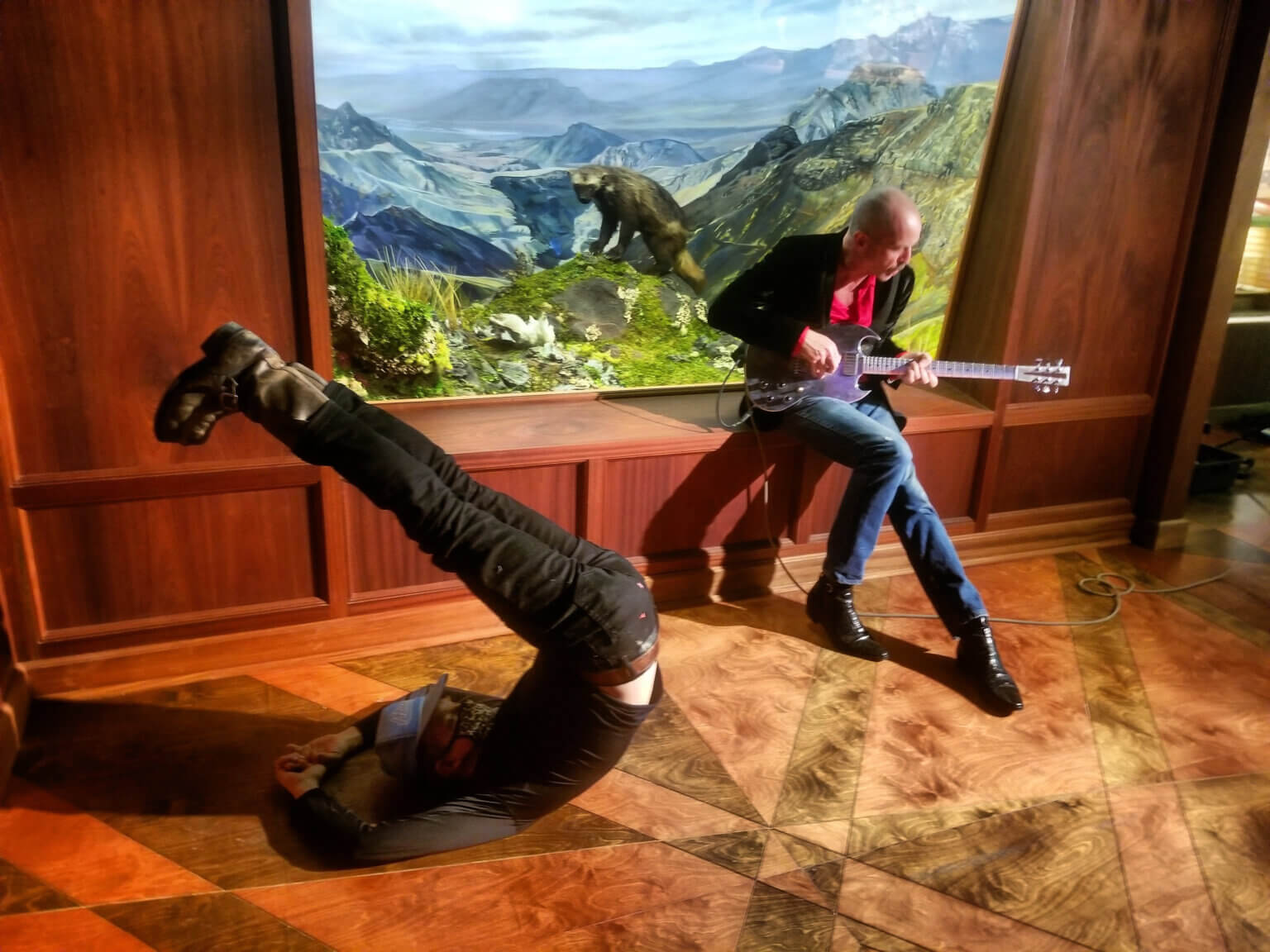 "Make Worry For Me" Matt Sweeney and Bonnie ‘Prince’ Billy,
Share on TwitterShare on PinterestShare on PocketShare on RedditShare on FacebookShare on Email

An apparition you can’t explain is cutting through the viscous mist in your brain. The contents of your pockets are suddenly unfamiliar. That sound again –

This year of super wolf moon brought A Visitation and the message, “You’ll Get Eaten, Too.” Now, in the earthly chaos of total celestial blackout, one body containing two galaxies is once more among us…

This is no miscount – this is the bestial duo, the two headed dawg, the Superwolves: Matt Sweeney and Bonnie ‘Prince’ Billy, talking directly to our face. They know no fear, only curiosity. “Make Worry For Me” is manifesto, and we can only hope to learn from it. To grow from it. For limbs to extend, beneath its blue, electric sky. To become Super, like the Superwolves.

The gauntlet is thrown. You’re dancing with the wolf again. Brooding and grooving upon their prey. Succumb to their ritual. Move your ass. Sing their song. Fight. Or die.

“Make Worry For Me” credits: