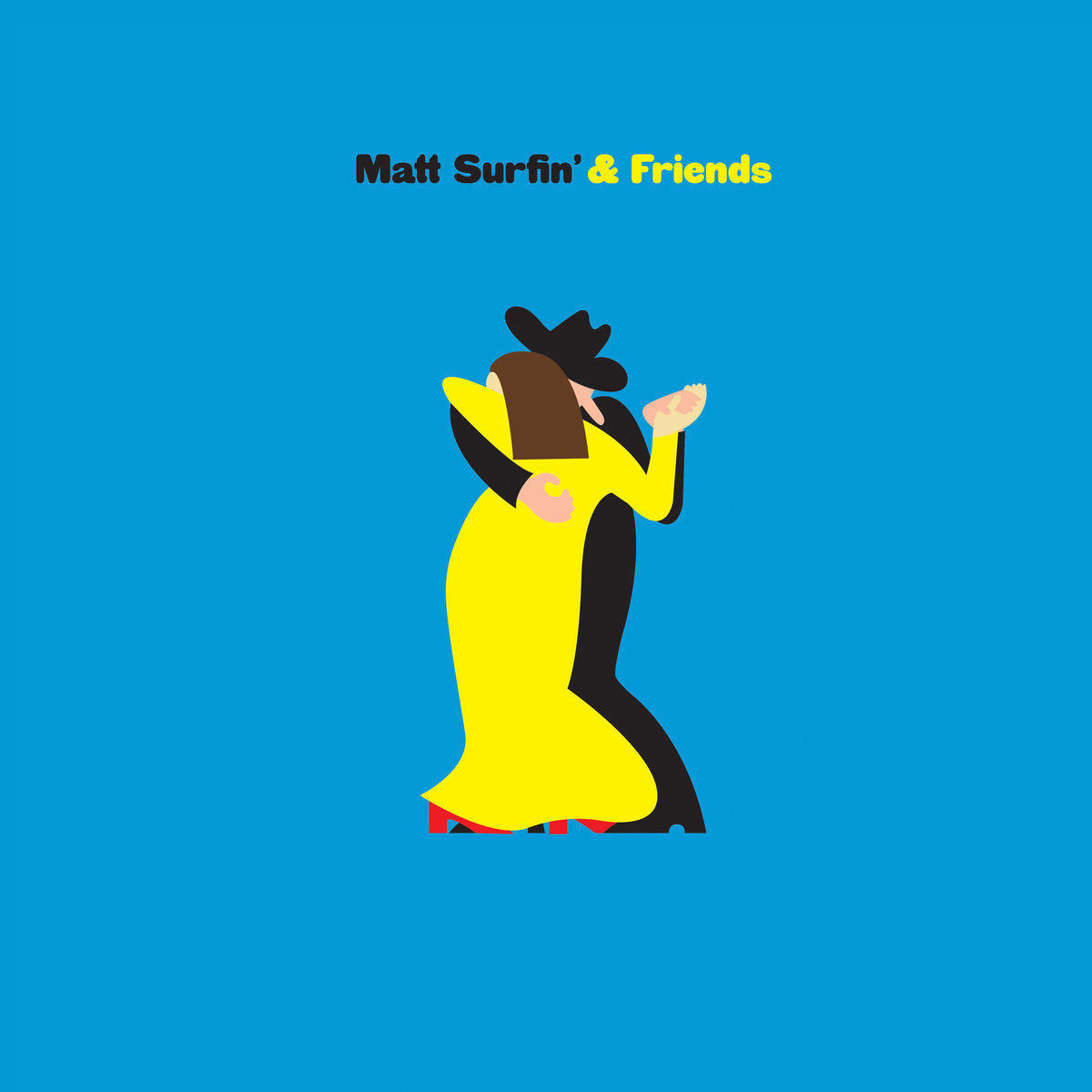 Matt Surfin’ & Friends have announced their self-titled album will come out on May 3rd via Community Records/Muscle Beach. Along with the news, The band have shared the track “Waiting On You.”

lead singer/songwriter Matt Seferian on “Waiting on You”

“This song is a collaborative effort between Rui Gabriel and I. Rui came to me with the idea and we hammered out the song and lyrics together. Nick stoped by shortly after and helped solidify the idea/feel of the song. We convinced Rui to sing the verses in Portuguese. After a 4 hour period in witch we wrote and recorded the song it was done. It was a natural and fun collaborative experience. If I had to say what the song was about I would say it’s about feeling out of place. It’s normal to feel out of place and I think most people feel that way. This song is about that feeling and also acknowledging those feelings.”

Matt Surfin’ & Friends is the project of New Orleans musician, producer, and part-time pizza delivery guy Matt Seferian. Born in D.C. and raised in Houston, Seferian moved to New Orleans in 2011 and threw himself headlong into the city’s famously robust music scene. Almost immediately, Seferian and his friends found themselves playing a vital role in the New Orleans DIY music scene, booking bands and throwing innumerable house shows, as well as touring nationally with the bands Donovan Wolfington and Pope.

“What I love about music is the act of creating with other people,” says Seferian, “becoming intimate as friends, and the bond that forms between musicians. It’s the best feeling in the world. I started this band because I wanted more of that. For me, it was all about celebrating my musical community and connecting with the people I love.”

Seferian envisioned Matt Surfin’ & Friends as a malleable collective, a sort of collaborative anti-band comprised of various members of the New Orleans music community that could change and take shape as needed. It would be a band for friends, by friends He began writing songs in earnest, and for each one he had specific musicians in mind. Seferian’s fellow New Orleans pals appear on every song (along with a few folks from other cities), with more than a dozen musicians contributing, including members of Ratboys, Sharks’ Teeth, Video Age, and Bent Denim. The self-titled record was recorded over a year by Seferian at his old warehouse studio and completed at The Palace. A true passion project, Seferian put everything he had into the record.