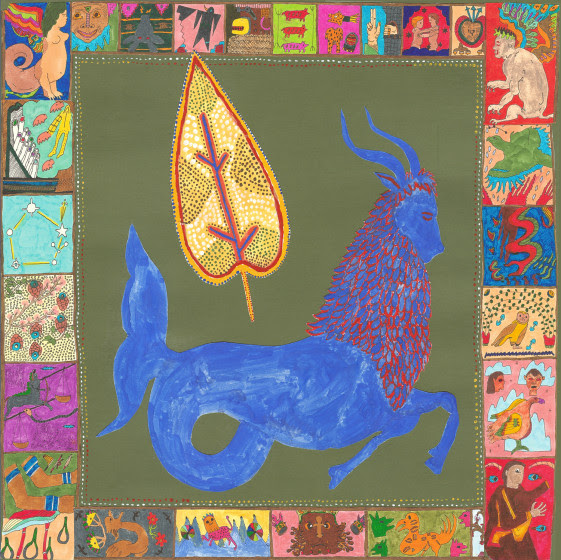 Singer/songwriter Matt Kivel played in a number of bands during the first decade of the 2000s. Around 2013, Kivel quit playing with others, so that he could focus on his own music. His early music in the form of some limited-run cassettes, his first full-length album Double Exposure, was released on the Olde English Spelling Bee. Kivel’s solo work took a decidedly more subdued path than his previous affiliations, with shimmering ambient synths meeting muted acoustic songwriting and understated vocals. Second album Days of Being Wild, recorded with Palace Brothers member Paul Oldham over the course of the previous summer, saw release on the Woodsist label in 2014. The record found Kivel stretching out a bit more, both compositionally, and in his arrangements, which introduced more rhythm, dynamics, and melody.

In late 2015, Kivel joined songwriter Alasdair Roberts (Drag City) in his native city of Glasgow, Scotland, to record his third full-length album Janus. Roberts produced the project, and assembled a diverse supporting cast of local musicians to supplement Kivel’s desolate, acoustic songs. Over 11 musicians contributed to the music on the album, and their improvisations and sensitive instrumental interplay draw from the realms of avant jazz, traditional folk, classical, outre experimentalism, and straightforward melodic pop. Kivel’s vocals are pushed to the front and his lyrics cut clearly through the shifting instrumental backdrops.

“Before I went in to do the take, I stopped at a whisky bar next to the studio called The Ben Nevis at around 10 in the morning. I was feeling terrified. Thinking about how I was about to spend literally every dollar I had ever earned from music on this recording session. Thinking more about how I was planning to propose to my girlfriend in a few weeks, and thinking a lot about my grandfather, who had died the year before. I ordered a Talisker, drank it slowly, walked back to the studio, sat down in my corner, and proceeded to do three takes of Janus, from start to finish. I don’t think I opened my eyes the entire time. At the end of the third try, I looked at Alasdair and he appeared satisfied. We all got up and listened to the playback on the big speakers and it was really a thrilling feeling. The song seemed right. We hadn’t rehearsed any of the parts yet it was big, and deep, and matched the lyrics incredibly well in a way I could have never imagined.” – Matt Kivel