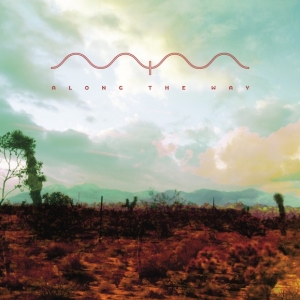 Mark McGuire has announced his debut album for Dead Oceans, Along The Way, will be released February 4, 2014. The conceptual album details the inner journey of an individual seeking definition and enlightenment. For those following McGuire’s post-Emeralds musical ascent thus far, the record is a culmination of a prodigious and prolific artist. McGuire has shared the first single “The Instinct” and its remix by Norwegian producer and Lindstrøm collaborator, Prins Thomas. The accompanying YouTube visual loops feature footage filmed in Tokyo and at the Intergratron sound bath in Joshua Tree.

Mark McGuire first came to national attention as part of Cleveland’s drone collective Emeralds, a band that single handedly created a paradigm shift toward the meditative in an era of underground music best known for noise and chaos. Their albums for the Editions Mego, No Fun and Hanson labels, among others, remain treasured to a generation of tape collecting misfits. McGuire’s first solo release in 2006 showcased a natural affinity for melody, slowly disintegrating loops and composition. When he kept audiences spellbound with live performances of his material it made believers of concertgoers across the world. By 2009 his solo debut album Living With Yourself was garnering praise from press and audiences alike.

McGuire as a solo performer made a direct connection with fans through his hypnotic playing, becoming more complex in its dynamics and phrasings. The album’s 2011 follow up Get Lost furthered the guitarist’s palate to include a sun-bleached digital effect. The music continually grew over itself as delays decayed and new ones took their place, each layer revealing colors and sunspots, reflecting the expanse of roads traveled.

On Along The Way, McGuire presents his unique vision of modern psychedelia. Using electric and acoustic guitars, a Talkbox, drum machines, a mandolin and lots in between, McGuire conducts a sonic exploration of the inner self.  “This story is an odyssey through the vast, unknown regions of the mind,” he explains in the liner notes, “The endless unfolding of psychological landscapes, leading to perpetual discoveries and expansions, in a genuinely emergent and infinite world of worlds.” Divided over four sides of a double LP, the journey unfolds with plinking reflective guitars (“In Search of the Miraculous”), the sound of a father’s voice sampled from VHS (“The Human Condition”), gorgeous uplifting synth tones and softly mumbled vocals (“Arrival Begins The Next Departure”). Along The Way is a wholly immersive and captivating listen that McGuire says, “is not a critique, it is not instructional, nor is it a proclamation that I believe I have gone through this journey and succeeded, not by a long shot. It is, however, a journey that I truly believe is offered to every man and woman who has ever lived, through the lightness that breathes through your heart when you feel the true touch of life, and the light of love.”

Along The Way Tracklisting
Awakening
Wonderland of Living Things
In Search of the Miraculous
To The Macrobes (Where Do I Go?)
Astray
Silent Weapons (The Architects of Manipulation)
The Instinct
The Human Condition (Song For My Father)
For the Friendships (Along the Way)
Arrival Begins the Next Departure
The War on Consciousness
The Lonelier Way
Turiya (The Same Way)