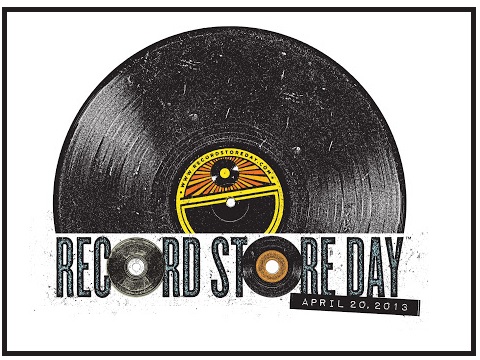 It’s the most wonderful time of the year…the day where you wake up early and eagerly scamper to unwrap your favorite new thing—VINYL! It’s like the Christmas in April for your earbuds and your record player. We know you have been counting down the months, days, hours, minutes since Jack White was announced as this year’s ambassador—but just to remind you don’t forget to set your alarm early for Saturday April 20th!

Mute Records has joined the party with releases from Moby and Junip. Moby and Mark Lanegan were happy to join forces and record a limited edition 7” of The Lonely Night featuring a B-side remix by Photek.

Junip (José González, Tobias Winterkorn and Elias Araya) share with their sophomore self-titled release out on April 23rd so they figured they would release a limited COLOR vinyl for you just in case you wanted to host your own first listen.

Here’s to supporting local businesses and the arts. We hope you have a good Record Store Day! To find a participating location near you go HERE.