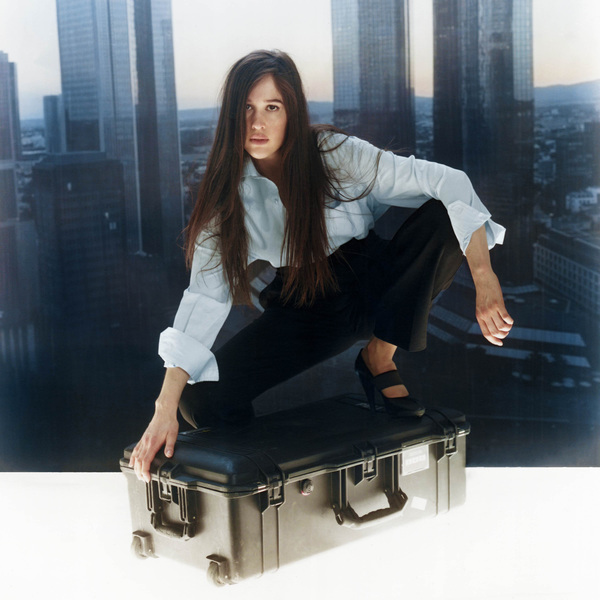 In her writing’s outside of Essaie Pas, Marie Davidson has shown us new worlds and broached topics just too complex and personal for a collaboration. This latest record sees the singer drifting between narratives, dance-beats and scores, and sees Davidson creating something between all of them. Though it certainly comes off abrasive and will appeal to a niche of fans, this is a powerful and poignant record nonetheless.

Through a haze of electronics and self-reflective voices, Davidson crawls out of the ether on “Your Biggest Fan” as she plays the obsessed fan who slowly loses their minds. In her paranoid freak out, the song actually represents a deteriorating brain in a shockingly potent way. With beats pounding out on “Work It” however, Davidson moves back to dance for a song that’s as aggressive and sexual as it fun. Despite all these emotions, the song also beats out with a strangely inspiring tone that helps it stay refreshing to hear again.

Davidson does however find a glorious middle-ground in her sound on “The Psychologist” where she brings this frantic vocal style to her dance-pop. The interesting part however is the track is less a reflection of mental-health and more the projecting misogynistic language many men use in the wild to provoke women. “Lara” however steps back into an unnerving instrumental that breathes a different kind of life into the album. This continues in an even more drawn-out manner on “Day Dreaming” where Davidson appears to be constructing a world in which her songs can grow even further. Though it really takes its time, there’s a rich depth to the scope of this production.

With a sense of danger lingering behind Davidson’s heavy breathing, she begins to narrate a terrifying story of her crawling through broken glass. With monsters looming behind her, the heavy and spritely little spurts of electronics reflect both insanity and her feeling of being trapped. This ability to turn the real into something surreally disturbing is one of the greatest strengths in Davidson’s writing, and one that makes the album so memorable. “Workaholic Paranoid Bitch” itself crafts a whole dance feeling out of strange sounds that are rarely used so intensely, and thus makes the song so much more visceral. As this draws to a peak, the song becomes something you’ll either get lost in or shut off from the abrasive qualities it presents. It’s so interesting in this way to see Davidson take on an Erotica-era Madonna sound on “So Right” as she tries to embrace her passionate feelings. This creates one of the album’s most addictive dance hooks and an energy that’s hard to shake.

There’s also a broaching between the worlds of scores and dance-hall constructions as the album draws to its close. A song like “Burn Me” bridges a kind of Blade Runner synth sound while slowly building up its strong drums until there’s a fire that can’t be put out. The other side is “La Chambre Interieure” where she becomes a pensive voyeur that uses her song to create a sense of place around her.