Maragaret Chavez Debuts “Into an Atmosphere” 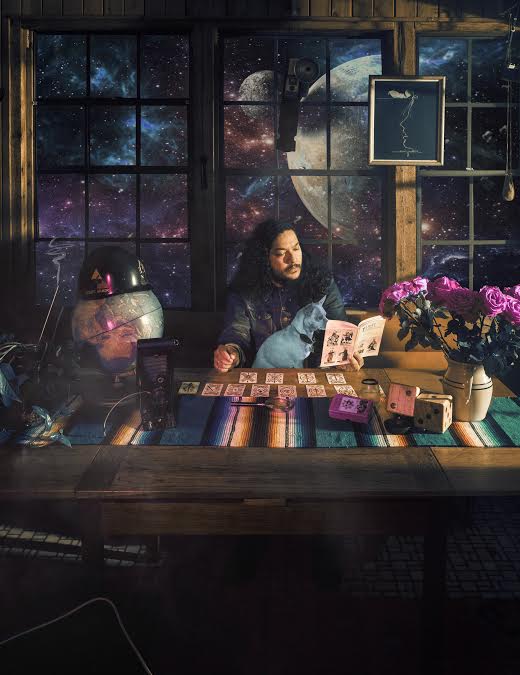 Into An Atmosphere the forthcoming release by Margaret Chavez is due out on July 31st via We Know Better Records. The project of Marcus William Striplin’s music is described as “latin freak-folk rhythms with a topicality the microgenre has never dared to approach.” Ahead of the album’s release Margaret Chavez has shared the title-track, now available to stream.

Quote from Marcus Striplin on “Into an Atmosphere:”

“What can i say? It’s a rally song against the red-hat brigade. This song was written as a form of self-therapy; I needed to express my disdain for the blind masses that follow him like Shoko Asahara or Jim Jones. It’s a fucking CULT and its real. It’s just such a fascinating time to be living. There is still enough light to take out this darkness. Patience, love and empathy are key right now.”

For the creation of Into An Atmosphere, Striplin’s longtime recording partner Stuart Sikes (Cat Power, Loretta Lynn, The White Stripes, Phosphorescent), and mastering genius Greg Calbi (John Lennon, Tame Impala, The Strokes, Iggy Pop, David Bowie), as well as Paul Williams and Don Cento—all of whom brought a clarity and ceaseless energy to the recording process.

Born and raised in Texas, Striplin was fascinated with music from a young age, but had to keep his distance due to an abusive father. Fortunately, his mother Margaret—the namesake of this recording project—noticed her son’s interest and bought him a small tape recorder from RadioShack. Using this cheap little device, young Striplin was able to record his favorite songs off the radio and then, tucked into his bed at night, listen quietly with his ear resting against the tiny built-in speaker. The tape recorder was strategically placed under his pillow, so his father couldn’t hear it.

By the time he was 13, his mother bought him a guitar by paying a local bus boy at her serving job to bring back a guitar from his next trip to Mexico. Armed with an authentic mariachi guitar and newly free to indulge his fascination with music in the wake of his parents’ divorce, Striplin began forming bands immediately, eventually culminating in Pleasant Grove, which brought him his first taste of success as a musician. Since the creation of Margaret Chavez, Striplin has kept busy writing, recording, playing live, and personally and emotionally cleaning house, vehemently crediting therapy and sobriety before reassuringly insisting ”I’m not clean and sober, but I’m also not a mess anymore.”

Into An Atmosphere is due out 7/31 via We Know Better Records.