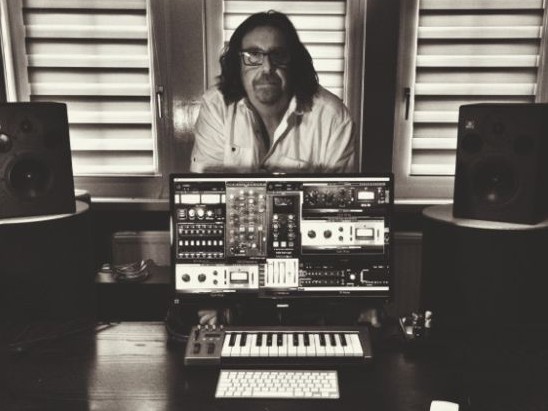 Malcolm Holmes, the influential drummer of legendary synth-pop band Orchestral Manoeuvres in the Dark and pioneer of the electronic drum kit, has graciously taken some time from of his busy schedule to reply to a few questions about his current and future music projects, including the scoop about what OMD is up to these days.

NT: Hello Malcolm! It’s such a delight to have this chance to find out how you’re doing and ask you about your current musical projects. You have such a rich career when it comes to music and it’s great to hear that you’ve been recently branching out through involvement in other New Wave projects with relatively young bands. Where are you located these days and how has life been treating you?

MH: Hi Jen… I’m based over in Germany near Hamburg, although I spend a lot of time in the UK. I’ve been working on lots of new projects. Outside of Ummagma and Lights That Change, I’ve also been writing for a music library company in London, which is challenging but it’s really interesting to work with images and a brief. I’ve just finished a chill/lounge track that features Scottish bagpipes … I’m really pleased the way it turned out. A complete contrast to everything about another country project I’m involved with, which is so different to what I normally do. This one is back to the basics of songs and lyrics with a story. Alongside the music, I manage a band called Skellums, who have had some great reviews and press on their 1st release and have been picked up by BBC 6 Music as one of Steve Lamacq’s recommended bands. So… I’m busy doing what I love to do. There is so much great new music out there and working with new artists is what I really, really enjoy.

NT: The Canadian-Ukrainian dream-pop duo Ummagma is slated to release their ‘Frequency’ EP on November 13th and your remix of Ummagma’s tune “Lama” is featured on it. How did you connect with Shauna and Alexander from Ummagma and what kind of spin did you put on their original song? Is this your first time working with them?

MH: I got a call from my friend Marc Joy from Lights That Change and he introduced me to Shauna and Alexander from Ummagma, and the remix came from there. My starting point was to give it an electro feel and show off the vocals. I’d never worked with them before but thought what they are doing is really cool. They just gave me the complete freedom to do as I wanted and let me get on with it. I’ve not heard many bands like Ummagma – they’re just out there on their own and very good at what they do. Alexander is an inspiring guitar player. He creates soundscapes, sweeping performances that weave in and out and blend together so well. As for Shauna, she’s just got a great voice that fills the speakers really nicely. The two together work incredible well. I also remixed the song “New Born” for another project they were involved in called Sounds of Sputnik.

NT: You’re also involved with the dreamwave band Lights That Change, playing drums on their most recent single ‘Voices’ and forthcoming debut album ‘Byzantium’. Did you also have a hand in producing this album? What was this experience like?

MH: Marc Joy has taken care of production on the Lights That Change album, although I did a remix for them a while ago. Lights That Change is Marc’s baby and he knows exactly what he wants from the production. It’s really refreshing to just program the drums and let Marc sort the mix. The dreamwave vibe is pretty new to me. I introduced Marc to Mandy, the band’s new singer and I’m pleased it has worked out so well. Lights That Change offers up different sonic challenges, which I always like. I’ve found that there is plenty of room to be melodic in the drum department, which is my style of drumming. Also, I can get ambient with the sound and use big open sounding drums to give it that Bonham/Led Zeppelin vibe.

NT: You are a major champion of the electronic drum kit and I was wondering what its main benefits are, in your own personal experience, compared to a traditional drum kit. Is this something you incorporate into your own remixing and production work?

MH: I’ve been playing electronic drums since the 1st gig I did with OMD. It was a homemade electronic kit that only lasted a few days before I brought a real Kick and Snare drum. That’s how that kit has remained to this day. The electronic side of things has gotten much better and more reliable. The main advantage to an electronic kit in a live gig is that you get no spill from microphones, which means you can get a very clear, loud sound. Also, with OMD, every song had different samples I would trigger and for that I needed samplers and electronics, etc… I think the kit was the forerunner of many drum kits nowadays. I was also using click tracks from very early on with OMD of course, which is standard issue for drummers now.

NT: I wonder if you may have some exciting news to tell in relation to OMD. Is it true that an upcoming album is in the works? If so, can you spill some details about it, like who’s on board – I assume you are contributing drums for their next album? Will the songs will hew towards or depart from your signature synth-pop sound?

MH: Obliviously I’m sworn to secrecy about a new OMD album, but I certainly hope it’s going to happen. I’m sure you’ll hear my drumming stamp on it. The last album, English Electric, worked well with great lyrics from Andy and Paul mixing off class sounding tracks. If it keeps that style, I’m sure lots of people will be happy. 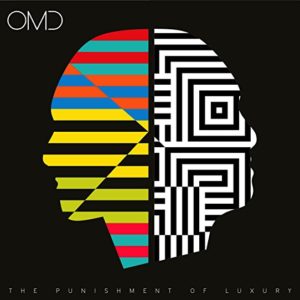 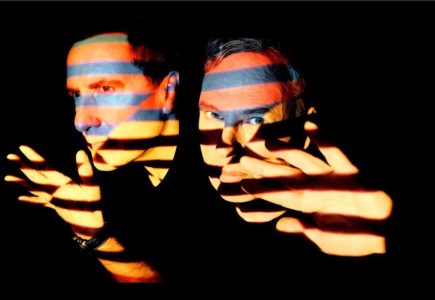 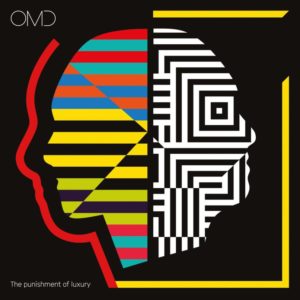 OMD ‘The Punishment of Luxury’ 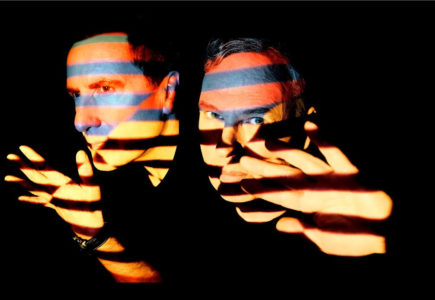