M83 AKA: Anthony Gonzalez has shared “Temple of Sorrow,” the initial offering from the long-anticipated DSVII, out September 20 via Mute. “DSVII” is the follow-up to 2007’s Digital Shades Vol. 1. Accompanying this new song is the first installment of Extazus a three-part short film inspired by the music of DSVII and helmed by French experimental director Bertrand Mandico. Additional installments will be released weekly ahead of DSVII’s release.

““DSVII” is, in my opinion, far more advanced than Digital Shades Vol. 1. I wanted to come back with something stronger that featured the depth of a proper studio album without the pressure of

DSVII was recorded during the fall of 2017 and spring of 2018 at Gonzalez’s Los Angeles studio as well as the Glendale, California studio of Justin Meldal-Johnsen (Nine Inch Nails, Beck).

M83 released Digital Shades Vol. 1 in 2007 as a compendium of unused ambient tracks for diehard fans to enjoy rather than letting these works disappear into the void. It was a way to breathe life into songs that normally would not see the light of day as well as a vehicle for Gonzalez to explore areas of musical creativity separated from the pop-leaning M83 studio albums. Gonzalez credits Brian Eno’s ambient collections as a primary inspiration for the creation of the Digital Shades series.

In addition to the CD digipak and digital formats of the record, DVSII will be released as a limited pink galaxy
double vinyl edition that is housed in a gatefold sleeve. Pre-order here. Mute and SONOS are thrilled to partner for an exclusive first listen of DSVII on September 9 at SONOS’s New York City storefront. The event is open to the public. Guest will experience the album and its accompanying short film, Extazus, before the rest of the world. Refreshments will be available while supplies last. The listening party takes place from 7:30-9:00pm at 101 Greene Street, New York, NY. Further details here. 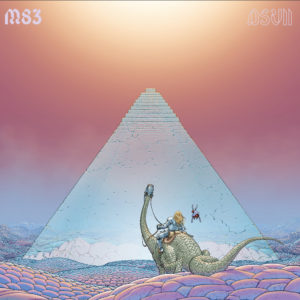 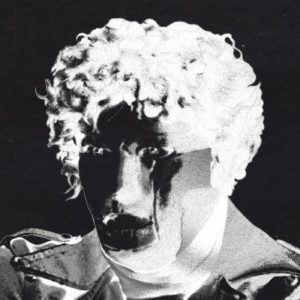