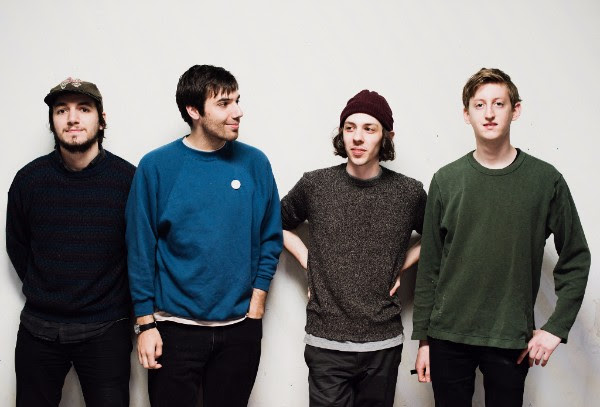 Today, Sub Pop recording artists LVL UP, are stream their new LP Return to Love, prior to it’s release tomorrow. To celebrate, the band has also released the video video for “The Closing Door.” The video was directed and produced by Rob Kolodny for House of Nod.

More about LVL UP, by Evie Nagy:

LVL UP — guitarists Mike Caridi and Dave Benton, bassist Nick Corbo, and drummer Greg Rutkin — is a true collaboration, a band that takes the stylistically distinct ideas of four members and brings them together into something new. Caridi, Benton, and Corbo write and sing equally, bringing their work to the group to be fully realized, resulting in an album built on different perspectives but a common drive.

That sound is marked by reverb, harmony and tape distortion, with a keen balance of pop and experimentation. From the fast yet flowing lines of ‘Blur’ to the all-consuming wall of guitar in ‘The Closing Door,’ each song pushes and pulls in compelling, unexpected ways. There’s deliberation as well as spontaneity — the latter developed with the help of a song-a-day project, which pushed Caridi and Corbo to write and record full songs in a single day. Some of that material, including ‘Naked in the River with the Creator,’ made it onto the album.