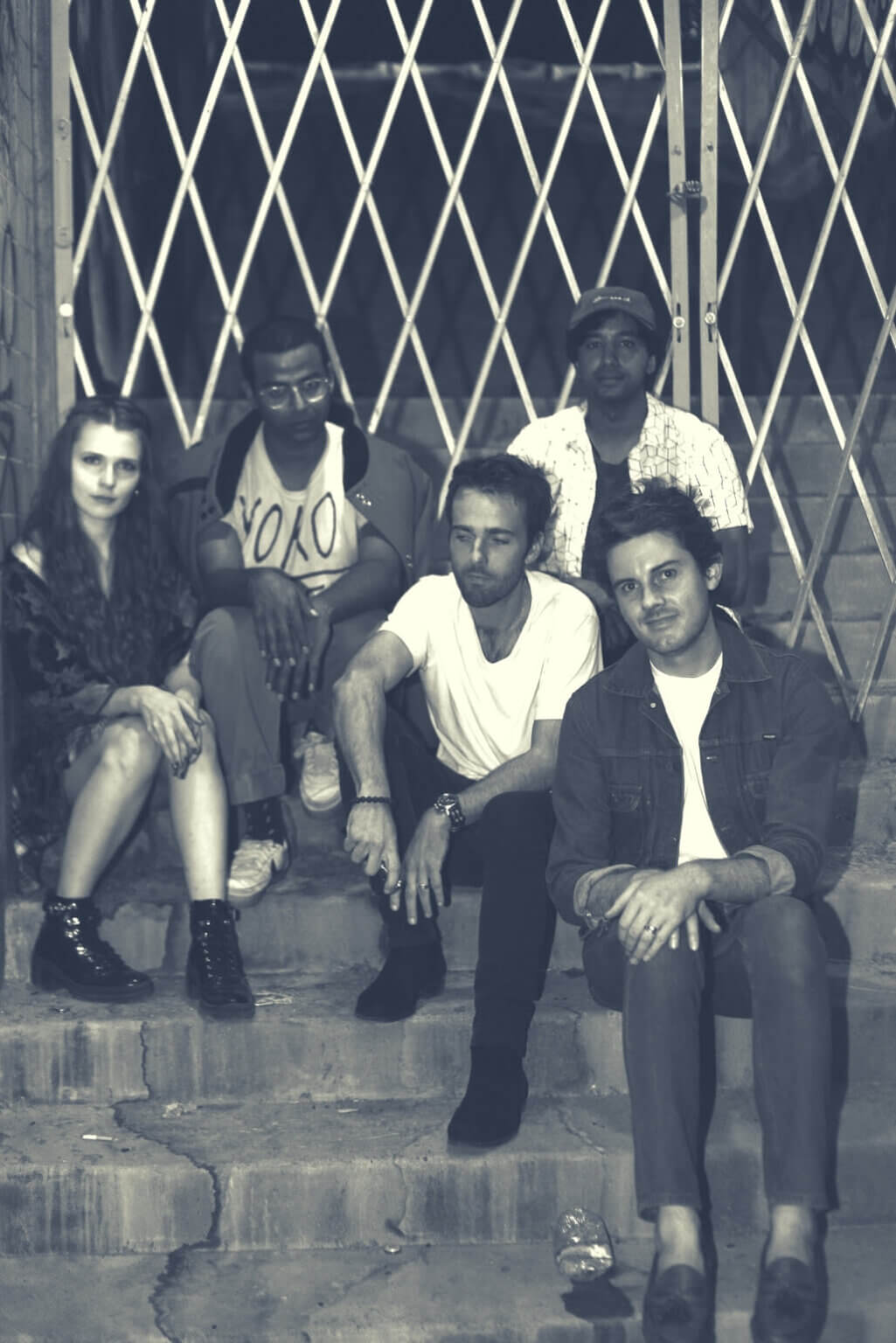 Bottled Up release their debut full-length on October 16 via Maximum Pelt Records. Ahead of the album’s arrival the band has shared new single “Luxury.” The track follows the band’s singles “Crystal” and “Kilo” which are available to share now on streaming services.

Instrumentally, “Luxury” is a deconstructed punk song, polyrhythmic and kinetic. I want the demented arrangement distressing the listener to match the message of the song. When I was visiting India many years ago, there was this moment I experienced where a child crawled towards me begging for money (he was missing many parts of his body). I was a kid as well, and couldn’t believe what I was seeing. I gave him all the money I had on me. Then a swarm of kids showed up asking for more. My dad pulled me away telling me that I needed to ignore them, that the parents amputate parts of their bodies to guilt the bystander into donating more money.

Lyrically, this track is about the plight of the homeless, and how people tend to ignore them for convenience sake. It’s less about the economic problem, and more about how fucked up it is that we can even ignore the suffering of another human being. From a young age, we are conditioned to “just not look” at so many things, as ignoring the problems creates the illusion of wealth and prosperity. Fuck that bullshit, it makes my blood boil. This song emerged as a screaming expression of that moment and many more like it.

Rao’s key obsessions: Suburban Lawns, italo disco, Alan Vega, Television (the band), television (the appliance), Andy Warhol, the entire decade of the ‘80s, Prince’s particular shade of plum purple, his old Tascam 8-track, Factory Records. Indian-American by way of Oakland and Los Angeles, Rao’s the dude-who’s-seen-it-all meets dude-about-town. A sound designer and audio engineer by trade – professionally schooled in the art of video game scoring- Rao’s a man informed first by the sort of his journeying one’s got to do when faced with the darknesses of addiction and a twisty adolescence in and out of religious cults. For all of its gleaming guitars and glossy euro-flavored synthwork, Bottled Up’s filled with the mental residue one gets after asking the void to fuck off.

Co-led with Colin Kelly – a disciple of D.C.’s avant-analog scene – joined by Michael Mastrangelo and Beth Cannon on dueling guitars, and supplanted by Rao’s wunderkid brother, Rohit, on acid-jazz-does-punk drums, Bottled Up conjures the sort of psycho-potpurri-spirit that’s only given to the sort of band that’s able to conjure a vision of the things they love, the mountains they’ve overcome, and mutate it all into something you can dance to.