Lower debut “At The Endless Party” 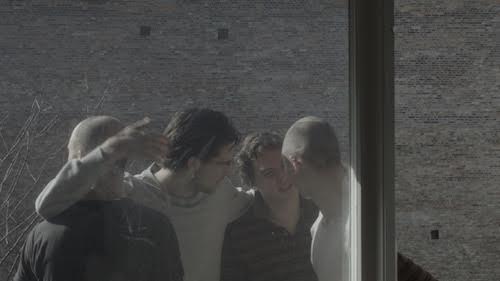 Copenhagen quartet Lower, who released their debut Seek Warmer Climes last year on Matador Records, will unveil a new EP on September 11th, entitled I’m A Lazy Son… But I’m The Only Son. The first single, “At The Endless Party,” is now streaming.

The Danish quartet Lower is made up of members of other bands including Age Coin, Olymphia, Vår, Marching Church, Sexdrome and more. Their intense music sparkles with the harmonic dissonance and high-strung urgency of their underground music forebears. But Lower ­– Adrian Toubro (vocals), Simon Formann (guitar), Kristian Emdal (bass) and Anton Rothstein (drums) – also channel the romance and drama of great singer-songwriters, from late-period Scott Walker to Bryan Ferry, resulting in hugely ambitious and deeply personal sonic spaces.

The new songs on I’m A Lazy Son… But I’m The Only Son are still forceful and urgent, but they mark a step towards an almost fragile sensibility. Lyrically, Toubro allowed himself time for much self-reflection between the release of Seek Warmer Climes and this new recording, utilizing his inner thoughts and experiences to craft beguiling tales of sex and death, truth and deceit, glamor and decay. Asger Hartvig, leadsinger of the band Synd Og Skam and member of Af Med Hovedet community in Copenhagen, helped mold the songs beyond what was originally intended, into something theatrical and powerful, but, says Toubro, “more like resting on a divan instead of running a riot.”

I’m A Lazy Son… But I’m The Only Son – Tracklisting: