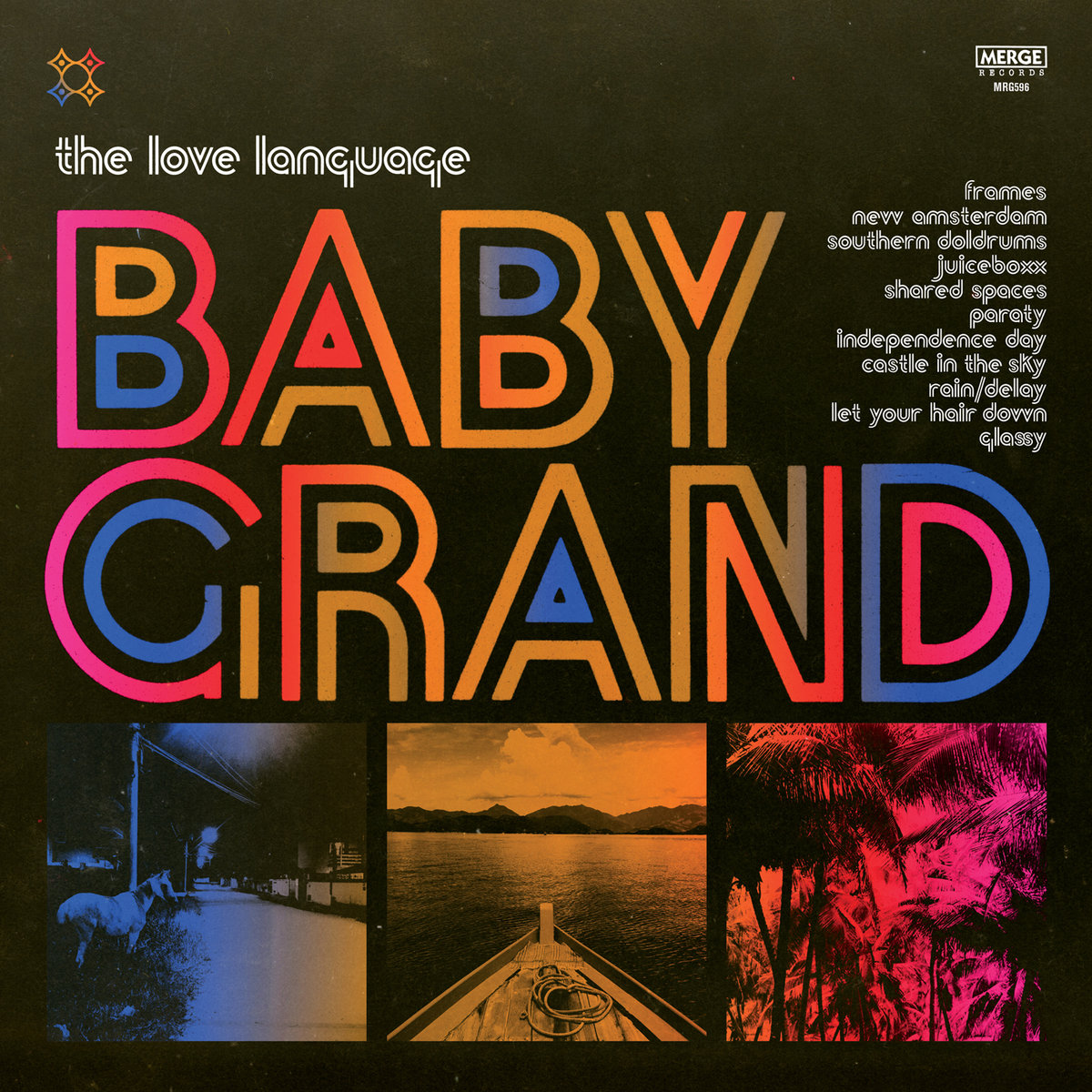 While it’s great for bands to really take their sound in as many directions as they can, they shouldn’t ignore when they tap into something great. The Love Language start off so strong on this album that it’s almost a shock when their dense punk power descends into simple pop. Even without this jarring switch, there’s too many noticeably derivative moments to save the record.

Despite the retro and sometimes ironic pop-tones that flow through this record, “Frames” opens the album on a metal-punk fusion that slams you like a ton of bricks. With neon-glowing over the loud drums and dense harmonies, the track is The Love Language at their most refined and powerful. While much of this energy and range is still present on “New Amsterdam” there’s so much of a chipper pop that it feels like a bit of a side-step. Admittedly however, it’ s raw and fast pop, and a song that will undoubtedly get people moving. “Southern Doldrums” sees them harnessing their sound for a much more subtle bass energy, where their gentle acoustic swing gives way to big swells of warm energy and distortion.

It’s a bit mystifying however to hear the almost musak-y pop they bring out on “Juiceboxx” where their grooves and synths play out almost like a parody of a pop era. While their solo moments have something to them, the track just feels too plastic to enjoy properly. “Shared Spaces” however dives between ambient, space-pop and a low down bass drive that make their breaks feel all the more explosive. This along with the sharp and often amazingly mixed drums make for a nice return to form after something so contrived.

“Paraty” plays off Pink Floyd like chord shifts for a track the flows like waves in the ocean. Though it’s absent of popping moments, its feeling hits you harder than any simple interlude. This is once again why a track like “Independence Day” feels so painfully straightforward that it lacks any real edge. There’s a great story buried within the song however, but one you’ll have trouble returning too on a song that sadly feels saccharine.

In the opening chords and subdued energy of “Castle In The Sky” you might expect something stripped down and bare, but it opens up with a fire that’s fierce and loud. As its shining keyboard lines take over as well, the track beats out with a punchy pop fury. Confusing title-splitting aside, The Love Language bring out even stronger interludes on the time-warped mystery of “Rain/Delay” and one that helps guide things to the closing section of the record.

“Let Your Hair Down” struggles to really bolster its retro guitar-pop, offering an updated production to classic writing more than anything. It’s a somewhat unhelpful conversation to a friend in need however that starts to drag the song down. “Glassy” rounds things out on a starry take on alt-country, sending listeners into a night-time haze. As a relaxing mood-piece the track blooms naturally into its horn/synth finale, even if it takes its time to get there.