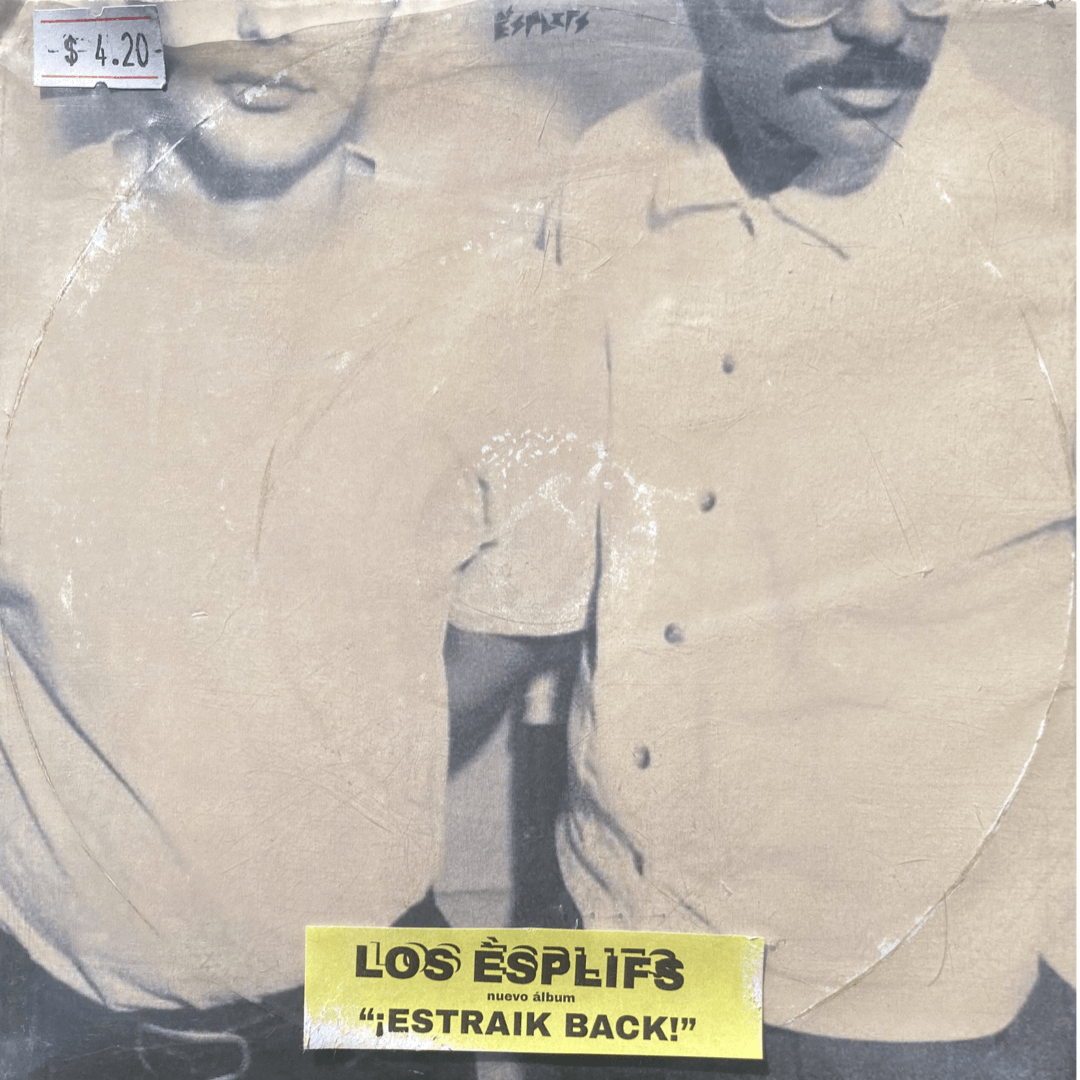 Los Esplifs full-length ESTRAIK BACK sees members Saul Mill (The Mexican Institute of Sound, Calexico and Orkesta Mendoza) and Caleb Michel (Afro Cuban Allstars) embrace the Tuscon sound, blending together nostalgic rhythms with progressive youth culture for a sound that is uniquely theirs. Los Esplifs return after a busy 2020, which included recording on Neon Indian‘s upcoming record, securing a song placement on Netflix’s “Desenfrenadas,” and working with Mexican Producer Enrique Tena (Osees). “Otro País” is the lead single from the upcoming ESTRAIK BACK, an 11-track LP out April 20th.

When I wrote this song I was working at a farm. I was laboring harder than I’ve ever worked, and I realized I was still having a hard time paying rent. For generations we say, “oh its gonna get better with the next politician,” but that’s never true. “Otro País” tackles the grass always-greener theme with dark humor and infectious rhythm.

Los Esplifs, the brainchild of Tucson’s younger music scene, is set to release their first LP early 2021. Los Esplifs have been a part of the latinx music scene since an early age. Bandleader Saul Millan has performed with musical acts The Mexican Institute of Sound, Calexico and Orkesta Mendoza since 2014 while co-creator Caleb Michel, has been a member of the prestigious Afro Cuban Allstars since the age of 19. In late 2018, Michel and Millan joined forces and shared their unique view of living in America through the music that connects them. After much encouragement from their musical mentors and the Arizona music scene, they recorded their self-titled EP. The work was recorded in Tepoztlan, Mexico, by Marco Carrion and Santiago Mijares and was under the art direction of Maria Ramirez Echevarria. It features an Arizona allstar band made up of Chris Del Favero, Zach Parker, Casey Hadland, Alan Acosta and Gus Woodrow. Off their debut EP, The second track “Gaimboiz”, was showcased on the NETFLIX original series, “Desenfrenadas” (2020). In 2020, Los Èsplifs focused on studio work, recording on Neon Indian’s upcoming record and collaborating on the first Good Boy Inc. album. Both projects were under the direction of Mexican producer Enrique Tena (Osees). Influenced by Cumbia, Fania, Fashion and Psychedelia, Los Esplifs blend nostalgic rhythms with progressive youth culture.