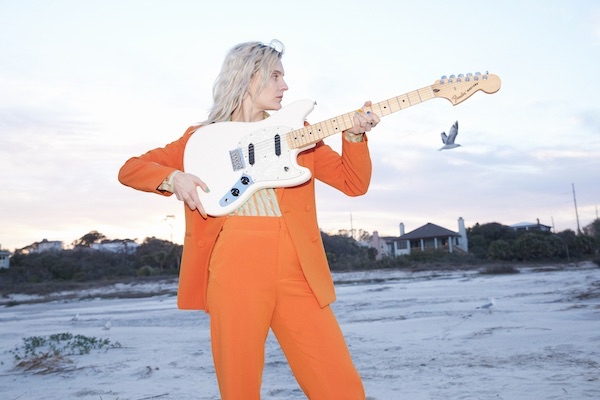 Singer/songwriter Liza Anne, will release her new album Bad Vacation on July 24, via Arts & Crafts. New single “Bummer Days,” described as wry and self deprecating lyrics. Liza stated, “I started this song when I was visiting my parents in 2018. I was reading through old poems and journal entries and circling the drain of my own sorrow stories, which felt like a bit of a wake up call. I have all these ideas of what taking care of myself looks like, but I tend to get in my own way. Bummer Days is me calling myself out. I am the only person who will take responsibility for my emotional and mental health.”

Bad Vacation is a self aware account of the emotionally difficult years that followed Fine But Dying’s success. The album reflects on her time on tour and where fresh out of an exhausting relationship, which took a considerable toll on both her physical and mental health, Liza found herself often at her lowest. She learned she was behaving in a way she learned to be destructive. Liza said, “I was a wreck. I left the relationship and was desperate to find emotional safety in someone else. It felt better to have someone outside of me show me love than sit with myself long enough to learn how to show myself love. I was on a bender for emotional safety, not knowing that I could be my own healing space.”

She underwent intensive therapy that led to painful reckonings and valuable epiphanies to write her way out of the panic and anxiety, writing odes to autonomy and self-respect and who she wanted to see in the mirror. Liza Anne, shared, “I was writing what I needed to hear. I literally wrote a stronger, more empowered version of myself into existence.”

The album was tracked in Kyle Ryan’s studio, Wardenclyffe South, in Nashville (With the exception of “Devotion” and “Desire” which were tracked at Kingsize Studios and Chez JMJ), with her touring band (guitarist Robbie Jackson, bassist Josh Gilligan, and drummer Cody Carpenter), alongside Nashville musician, Lou Hayat who creatively contributed to the project, adding french spoken word vocals and synth parts. Songs “Desire” and “Devotion” were produced by Justin Meldal-Johnsen and the remaining album tracks including “Bad Vacation” were co-produced by Liza Anne, Kyle Ryan and Micah Tawlks.

East Beach For Fourteen Seconds
Bad Vacation
I Shouldn’t Ghost My Therapist
Terrible Discovery
Devotion
Change My Mind
Bummer Days
This Chaos, That Feeling
Oops
Desire
I Wanna Be There
Too Soon