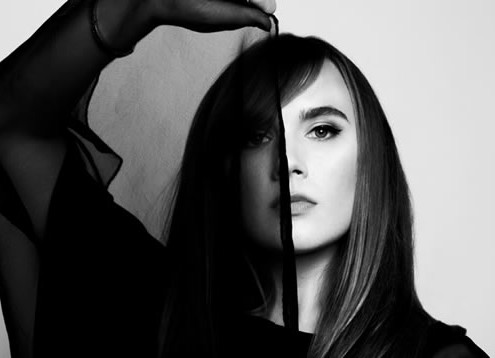 Young Mopes is being described as her most defiant and dangerous. “She’s revelling in her “fuck you” years, exhilarated by the freedom of turning 30, unhinged from expectation and obligation. Burns’ dark pop goth heart, so clearly evident on 2011’s Polaris Prize nominated Mellow Drama and 2013’s Midnight Mass, is just one aspect of Young Mopes‘ gleaming kaleidoscope of colors, textures, and influences”. Young Mopes also represents a few other milestones: this is the first album that Burns recorded with her band, guitarist Darcy Hancock and drummer Ryan Peters, both formerly of Ladyhawk.

Louise Burns is already a 20-year vet of the music industry and she’s just 30 years old. She witnessed the heady last gasp of the majors in the late-’90s (Burns co-founded pop band Lillix at 11 and signed to Madonna’s Maverick Records at 15). In the last few years, Burns has collaborated on/with (Gold & Youth) and others Burns is also a freelance contributor and host on CBC’s Radio 3, and a journalist whose writing appears on CBC Music, the Talkhouse and Westender.