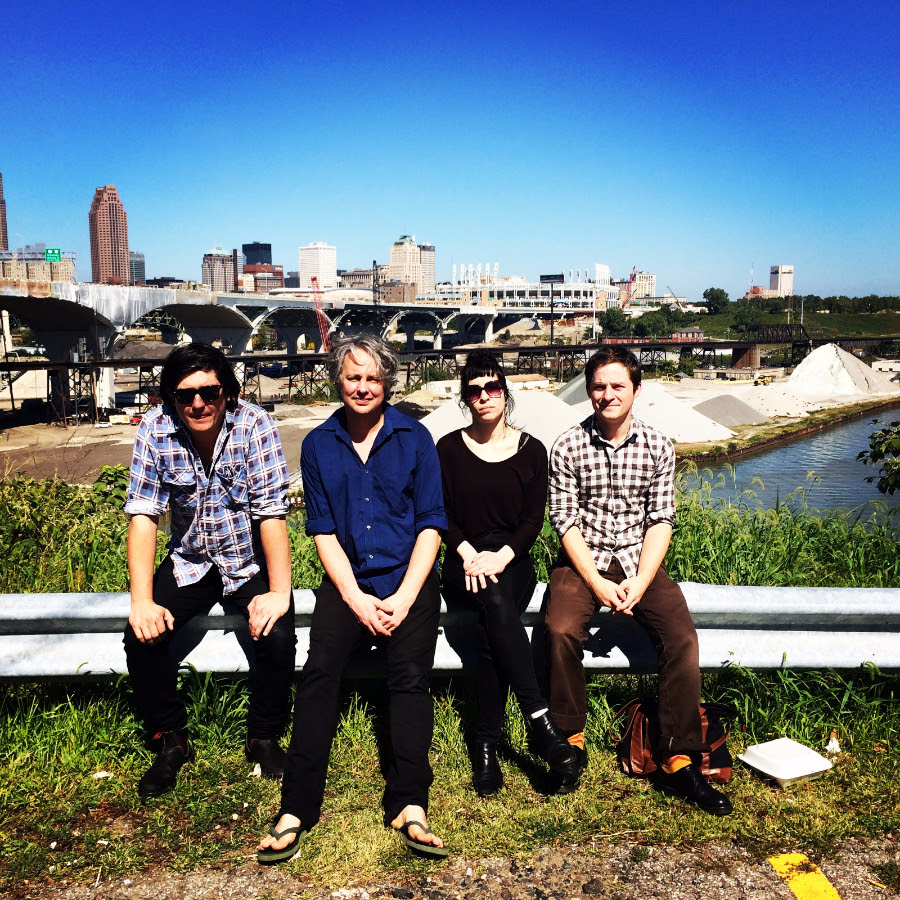 Deaf Wish have shared their new single “They Know,” from their forthcoming release Pain, which will be available on CD/ LP/DL worldwide August 7th on Sub Pop. The album was recorded & produced by the band at Reservoir, Victoria, mixed by Mikey Young and mastered by April Golden at Golden Mastering. Pain is the follow up to their label debut, the 4-song St. Vincent’s 7” single, released last October.

When Deaf Wish found themselves in a room together for the very first time, they agreed on a guiding philosophy: “Let’s not make anything that’s going to last. If we’re together for just two shows, then that’s what it is.”

Over the course of eight years, the Melbourne foursome—bassist Nick Pratt, drummer Daniel Twomey and guitarists Sarah Hardiman and Jensen Tjhung, with each member contributing vocals—have instead amassed one of rock’s most exhilarating bodies of work, a concise run of wooly seven-inches and white-knuckle LPs whose legendary live translation has been most accurately described as “unhinged.” All this despite their being scattered across multiple continents, with no way of getting to know one another outside of intermittent touring. “We didn’t really know what this band was,” Tjhung says. “We had something, but it wasn’t clear—we had to figure out what that was.”

Pain, is the first album the band has written since coming together again semi-permanently in Melbourne, and their first full-length for Sub Pop. (Last October’s St. Vincent EP was their proper Sub Pop debut). With more time together than they’ve ever had before, they’re found themselves confronted with ideal (yet foreign) conditions. Two-minute freakouts like “Eyes Closed” share airspace with the meditate squall of “On” and the guitar-born majesty of “Calypso.” Everything was captured in three takes or less, in a bleak, nondescript studio on the lifeless outskirts of Melbourne.

“It’s a simple thing,” Tjhung says of their approach. “Simple takes the worry out of it. If we try to step it up and go sideways, it just doesn’t seem to work. But we’ve grown up and been through some shit. To get to this point you have to bust through a few walls. It’s easy to be new, and I think, in the end, this is what it is. When you put these people in the room, it’s Deaf Wish.”