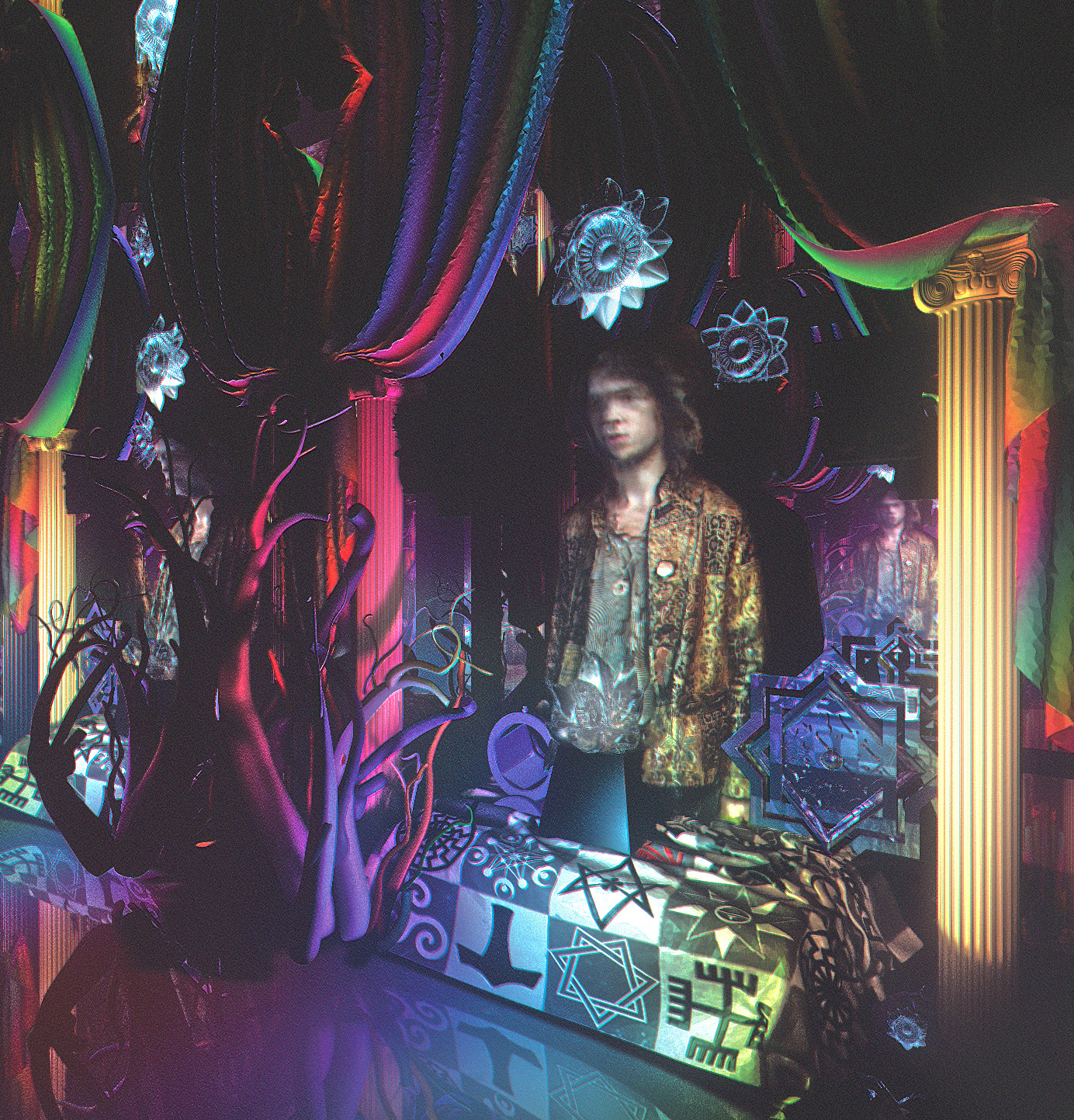 “Riddles of the Sphinx is an agnostic plea about humanity’s flaws of knowing. Nothing can be known fully from all angles. Knowledge seems as impermanent as life itself. A few lyrical lines point to The Cloud of Unknowing, the anonymous medieval poem that accepts the inability of human understanding when contemplating the divine. ”

Williams is an internationally exhibited visual artist and musician who’s been releasing music under his Vinyl Williams alias since 2010. As a result of experiencing religious and cultural dissonance growing up in the state of Utah, Williams reacts by creating dream worlds of religious and cultural harmony. It’s through his art, he projects himself beyond metaphysical dream worlds with ancient mystical symbols, utopian architecture and exotic locales enveloped in a rippling haze of psychedelia.

On his third release for Company Records, Brunei expresses an otherworldly vision of the land of the same name. As a child, Williams was fascinated by the appearance of the Brunei dollar, which years later on the new album, inspired development of a mysterious civilization centered around pure harmony. The translucent, rainbow, and prismatic piece of currency looks the way Williams’s music is intended to sound.

Bundick recorded “Evol” at his Berkeley studio with Williams and guitarist Ian Gibbs. “Voidless,” a Hawkwind-like improvisational track, was elevated with the help of Medicine’s, Brad Laner. The shoegaze icon added four-part vocal harmonies and a fuzzy synth part to complete the song.

The album represents an impression of Brunei as an immaculate state of being. Despite its quality of life being ranked highly among Islamic nations, horrific laws exist to severely punish non-heteronormative behavior. For a place that masquerades as ‘heaven on Earth,’ Williams believes we must expose such ugly hegemony, through latent reflection of their most ultimate civilized potential. Brunei uses lush, Islam-influenced pop music to spread harmonious qualities with the world, to ultimately benefit the human psyche and physiology.