Misha, the project of multi-instrumentalist and songwriter John Chao with singer Ronit Granot. “Limelight” is taken from Misha’s forthcoming release All We Will Become, out May 20th via Tomlab. Chao explains, “‘Limelight,’ the song, is about the feeling of longing and hope that happens between two kindred souls. And when we did the video, we were looking for that same feeling of romance and possibility.

So the music video is about two kindred souls looking for the other over one night in Chinatown, Brooklyn and Jackson Heights, Queens. We wanted for it to take place in the parts of New York that you don’t usually see, and it’s inspired by the movie ‘Chung King Express’ by Wong Kar Wai and ‘Before Midnight’ by Richard Linklater.”

All We Will Become, the first new music from Misha in eight years, is a follow-up to the band’s acclaimed Teardrop Sweetheart and heralds the relaunch of Tomlab —the Berlin label renowned for its releases of The Books, Thee Oh Sees, Owen Pallett, Patrick Wolf, Casiotone For The Painfully Alone and many more.

Written in the wake of his breakup with his partner and former bandmate, All We Will Become deals with Buddhist themes of reincarnation and renewal. “For me, the songs on All We Will Become are about the many ways love appears in our lives—from the heady rush to bitter sweetness of endings—and above all, the endless possibilities all around us,” says Chao.

Chao wrote and performed nearly all of the music on the album, with additional contributions from vocalists Granot and Amy Vachal, as well as members of the Long Winters and Lee Field & The Expressions.

Chao was born in Taiwan and raised between Hong Kong, Louisiana and Texas, playing in myriad bands along the way. 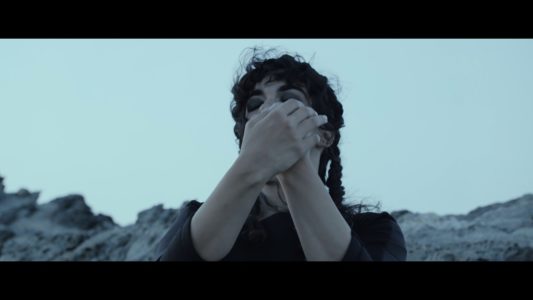