Lilly Transcends Their Chemistry On The Stage 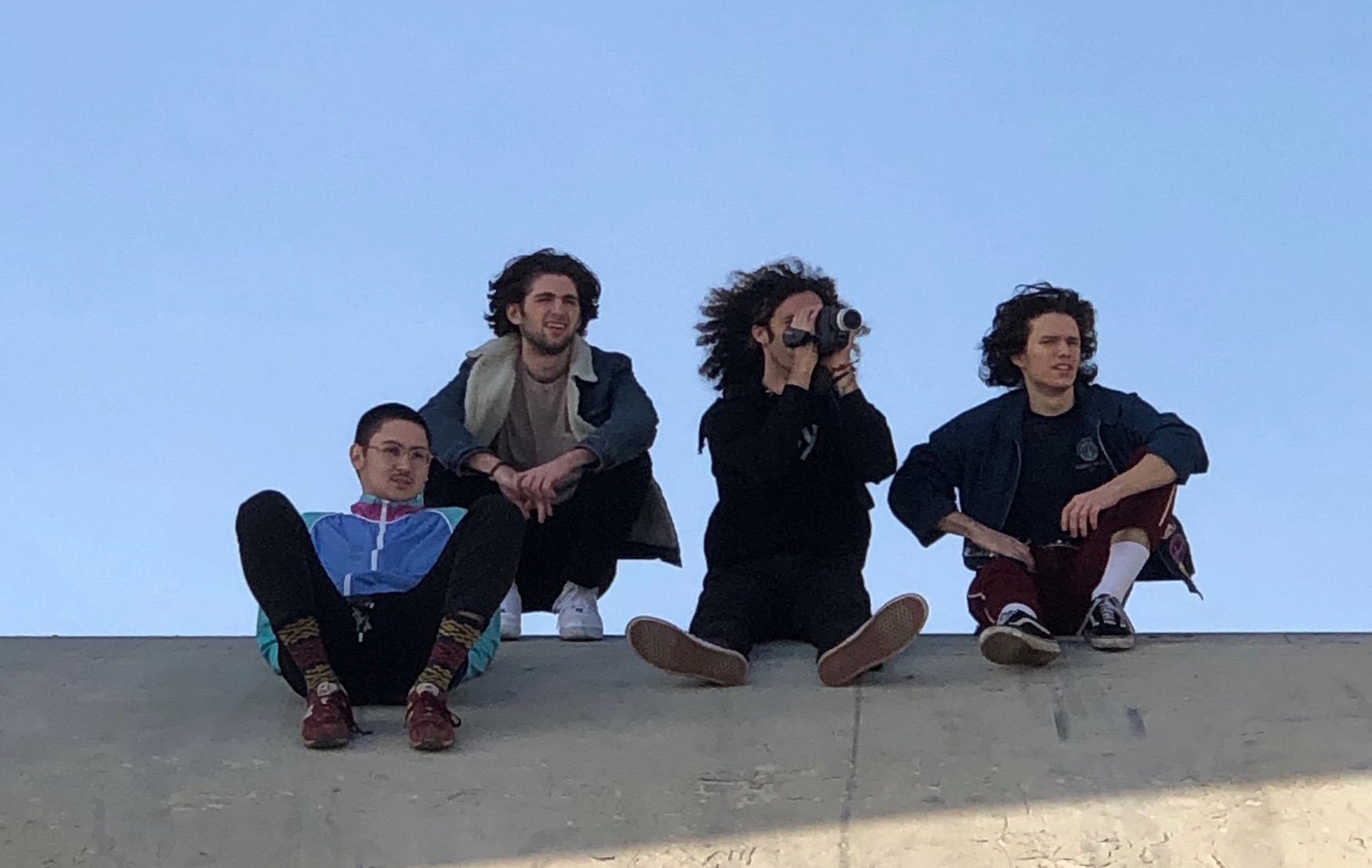 There’s something special when you are creating things with your friends. People that you have known most of your life. You get into this space where there’s no explanation required. It’s all short hand and it usually makes for an environment where ideas flow so easily. Take Los Angeles based Lilly. The band, made up of vocalist Dylan Nash, guitarist and lead visual artist Sam De La Torre, bass player Charlie Anastasis, and drummer Maxx Morando, have all known each other since they were kids and when you hear the music they create as Lilly, that comes as no surprise. The chemistry they have together comes shining through the speakers when you listen to them. The bands debut EP, I Can Fool Anybody In This Town, dropped in March of this year and it is chock full of huge riffs, manic drumming, beautiful harmonies and the kind of energy most bands would chop off an arm to have. In between a rash of touring all over America and Europe, Lilly became involved in the VEVO DSCVR ‘Artists To Watch’ series and you can get a taste of their incendiary live show by watching the two clips they created and released with VEVO. We spoke with lead vocalist Dylan Nash over phone from his home in LA to talk about where they’ve been, their recently released videos and EP and how their community has fostered such amazing ties.

“As a band we’ve been together for about three years”, explains Nash, “But we’ve been really serious about it all for like the last year and a half. Myself and Max met when we were like 6 years old in a music program and have been playing together ever since then and same with the others, we all met at a super young age.” Having this long term friendship seems to have really solidified the band in terms of how they all work together. The music they create as Lilly takes from a number of very recognizable influences such as The Strokes, The Rapture and bands like Refused but it all comes out uniquely their own. The songs on I Can Fool Anyone In This Town meld a ton of parts together, that may seem disparate on paper but form a wonderful cohesion in practice. “I think what happens is usually someone brings in an idea,” Nash says,”We sort of give that a thumbs up and we will start jamming on it. We work at Max’s house and he has a great set up. We put mics around the room and record it and then cut these parts together to get it right.” This isn’t just a cut and paste type operation that Lilly has going on, the band is very cognizant of what makes a good song better than just the sum of its parts. “It’s more beyond the editing part,” explains Nash, “We look at the song as a whole and I think that when we put stuff together, jam it a bunch there are opportunities to fall off the page some and hear what comes out of that.” With Lilly not yet being a household name, the band feels they are in a great position to use their live performances also as way to explore their songwriting. “Of recent we’ve been trying out new stuff live that is not released. Bands can take a long time getting comfortable with a song after they’ve recorded it because they haven’t spent a ton of time playing it live. I think we are at such a good point right now as we are not super big yet so it’s not going to spoil a song for a bunch of people. It’s such a blessing to be able to play these new songs live before we record them.”

The proof of this is with the two videos they made with VEVO for the DSCVR ‘Artists To Watch’ series. The two songs “Wash” and “Sold” are absolute bangers and to see the band perform these in a minimal setting, with no edits, really shows how all that hard work is paying off for them. “We’d been talking to VEVO for awhile and built a good relationship with them,” says Nash of how this all came to be. “They’d been to a bunch of shows and they ended up putting us on the DSCVR Artists to watch video series and we got to fly to New York and went down to this great warehouse studio space in Brooklyn where they film all this stuff. We came in and did a few takes of the songs and it was great, no stress.” Lilly’s live show has garnered attention all over the world. “There’s this funny difference between playing shows in American compared to overseas,” says Nash, “It’s easier to tour in the US for sure but being in Europe is such a fun and interesting experience. We played this small venue in Cologne in Germany. It was like 120 degrees and it was amazing,” he says with a laugh, “They seem to take more chances on unknown bands over there, which was really cool.”

Over the last couple years the fellas in Lilly have also been taking some chances with bands in their own community. Two years ago they started a, now annual, festival called Brekfest as a way to highlight the amazing artists and musicians at home. “We’ve always been putting on shows and we wanted to officially make a festival, Nash explains,”We started it a couple years ago but this last year was the second and that was the one we started to take it really seriously.” Lilly filmed the festival and released a documentary about it called CITY/VALLEY: a Concert Film of the Brekfest Festival. “We had it at the ECHO over four weekends in January. We just really wanted to showcase all these bands and wanted to make sure everyone had a good time and bring the community together. The first show had a line up outside,” he says with a chuckle, “We really didn’t know what to expect but it was so cool to bring all these different crowds together.”

With the EP out and the VEVO DSCVR ‘Artists To Watch’ series videos online now, the band is hitting a great stride and playing better than ever. The old friends but young members of Lilly are showing no signs of slowing down. They are working on a new album that should be released next year and with that will come a whole new round of touring. These performances will surely show the world the rare chemistry the band has with each other that makes what they do very, very special.