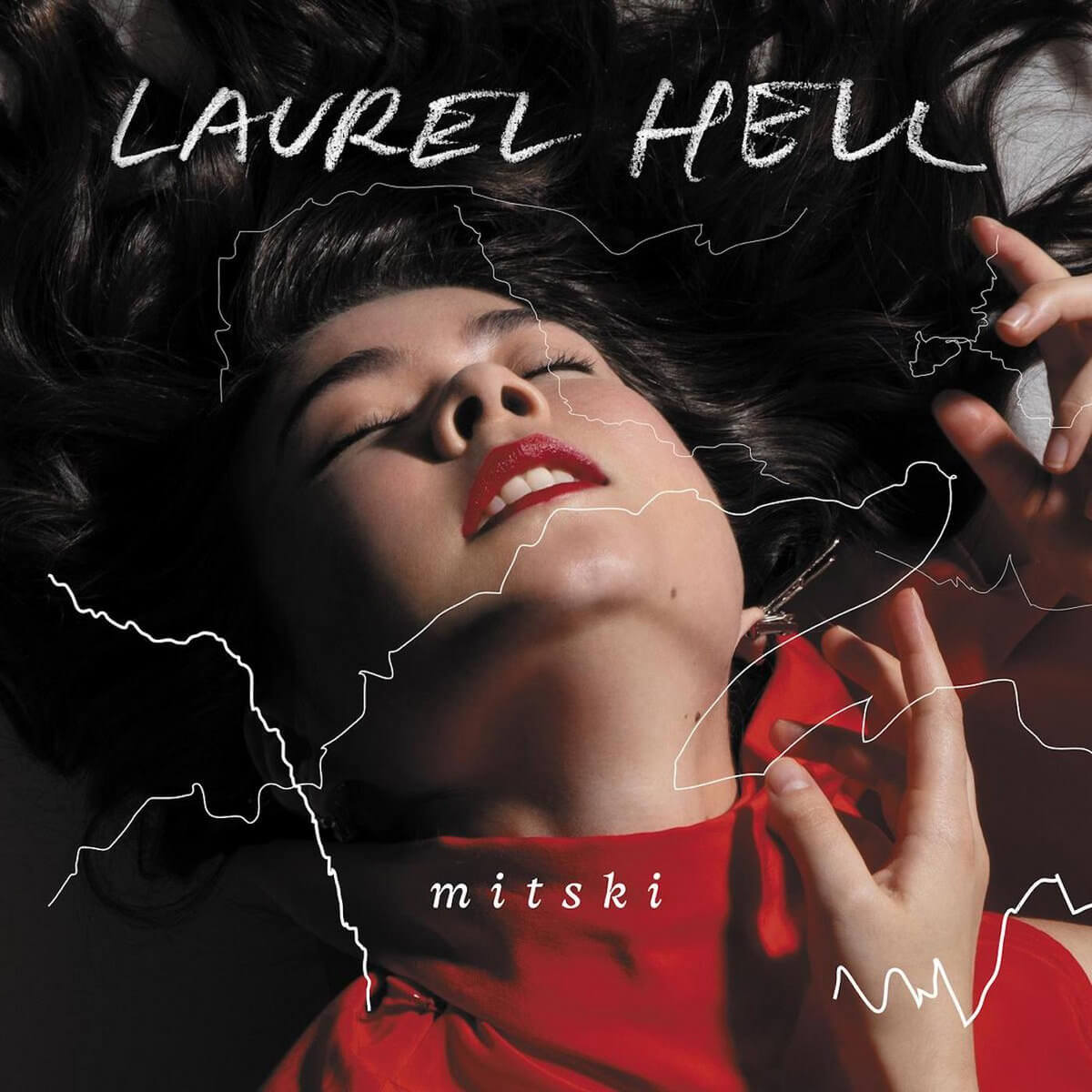 “Let’s step carefully into the dark,” is the opening line to Mitski’s much anticipated sixth studio album, Laurel Hell, released on Dead Oceans, a record that dissects the feelings of surrender to (and fighting for) a life of honesty and security in a world that swirls with threats to our vulnerability. She led off her campaign the end of last year, hinting at the darkness of the record, with “Working For The Knife,” a song that seems to speak to her experience in the spotlight, but which also certainly speaks to how her songs cut you open like a surgeon’s knife. Much like the title of the album, there’s a hell that comes with living from laurel to laurel, always seeking to get and keep the acclaim you’ve received. And we all know how big Mitski has gotten since her hit album Puberty 2, even selling out all of the shows on her latest tour within days on her upcoming US tour.

The attention has done nothing to dwindle her penchant for opening her curtains and letting us peer into her inner life, romantically, existentially, and otherwise. Although it is a less “sharp” record, (Mistki is credited with only vocals and keys, and many of the arrangements shed her signature guitar for an off-pop dark sensibility), the knife is a reoccurring image on the record. “Fury, pure and silver / You grip it tight inside / Like a knife / it glints in your eye,” she sings on the galloping “Stay Soft.”

That song, like many on the record, deals with the dichotomy of hardness and softness, vulnerability and strength. “It’s why I’ve arrived, your sex god / here to take you where / you need to go / to where the dark remembers you.” In what might be a celebration or what might be a criticism of expectations of female sexuality, Mitski urges her partner, “Open up your heart / like the gates of hell.” And that’s what Mitski does on this album: lets it all pour out, the good and the bad thoughts on navigating life and relationships.

On the second single released for the record, “The Only Heartbreaker,” she sings a song that could apply to a relationship with a lover or to a her position as an artist in the spotlight. “So I’ll be the loser in this game / I’ll be the bad guy in the play / I’ll be the water main that’s burst and flooding / You’ll be by the window, only watching.” She has said in music press that the song is about how the ones who are actually trying are the ones who suffer the most critical scrutiny. And there are plenty of lopsided love relationships like that as well.

On other songs, like the surprisingly earnest “Love Me More,” she talks about her desire to stay at home, and avoid life’s challenges. “If I keep myself at home / I won’t make the same mistake / That I made for 15 years.” Or on the song “Should’ve Been Me,” she talks about how “I haven’t given you what you need.” From one song to the next, the darkness shifts in character, but it is always lurking, just as the shadows do. And it seems to be Mitski’s hunger for love and willingness to show it, that is her biggest contribution on this album, and perhaps in general as an artist.

With a focus on keys, this album delves into the pop world, perhaps more than her previous records. There are thrilling arrangements on a number of tracks, notably on the song “Love Me More,” with it’s almost 80’s feel. But she shows constraint and favors her artistic sensibilities over her taste for flair. Like the song “There’s Nothing Left For You,” where she has a triumphant chorus that could be repeated a number of times to great satisfaction, but only appears like a firework, once in the song and disappears.

This album shows Mitski continuing in a promising direction. Giving us what we need, if it means opening a vein to do that. The songs are varied and there are uptempo and downtempo songs alike, songs that are universal but also so very personal, and lyrics that walk the line between clever and surprisingly earnest. She’s not the cowboy on this one, but the one working for the knife. She’s doing a good job, no matter what it costs her.