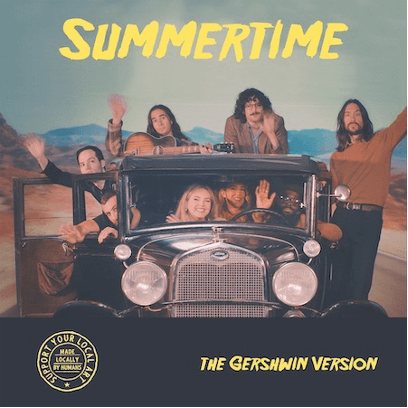 Lana Del Rey has released a cover of “Summertime” by George Gershwin to raise awareness and to give support to two major American orchestras, the New York Philharmonic and the Los Angeles Philharmonic. Lana has also generously donated to both organizations whose concerts have been canceled through June 2021 due to the continuing COVID-19 pandemic.

“We’re incredibly grateful for Lana Del Rey’s support and for her drawing attention to the challenges arts organizations have faced over the past several months,” said Chad Smith, Chief Executive Officer, Los Angeles Philharmonic. “The performing arts have been hit especially hard by the pandemic, but we look forward to the day when the orchestra and artists, including Lana, will be able return to our stages again. In the meantime, we are extraordinarily thankful for her support and the many, many other donors who have stepped forward during this difficult time.”

The New York Philharmonic are also hosting a virtual fundraising gala tonight, which will be broadcast publicly on www.nyphil.org as well as on the orchestras YouTube and Facebook.

New York Philharmonic President & CEO, Deborah Borda, said: “What a wonderful gift from Lana Del Rey! It’s particularly poetic, since the song is by George Gershwin — the legendary composer-pianist whose music the New York Philharmonic has premiered and with whom we performed. We are most grateful to Lana, as we are to all who are supporting us during a crisis faced by all performing arts organizations.”

Donations can be made to the “Play Your Part” fund at www.laphil.com and to the “NY Plays On Fund” at nyphil.org/virtualgala