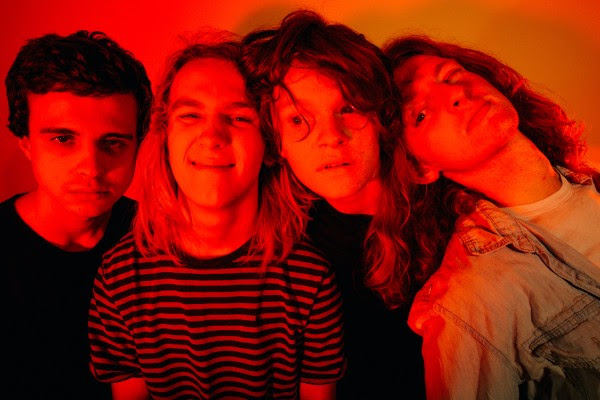 King Nun have today unveiled the video for new single “Hung Around”, released March 6th through Dirty Hit. “Hung Around” shows King Nun at their most visceral and has an intense video to suit. Speaking about the inspiration behind the video, the band said:

“For the video we wanted something surreal, something unhinged and violent that matched its recording and our intent for its performance. We wanted a clear physical restriction to us as we were playing, as we had the video for our previous single ‘Tulip’ which took the form of the tiny yellow four walled room. A need for a restriction to overcome came from our days practicing in rehearsal rooms that were too small, too grey and broken. We went to Youth Hymns and shared these ideas. They had a rough idea with similar themes which eventually became the video we have today: a B movie inspired, David Lynch-ish looking video where we are slowly hypnotised and strangled by alien tentacles as the song progresses.”