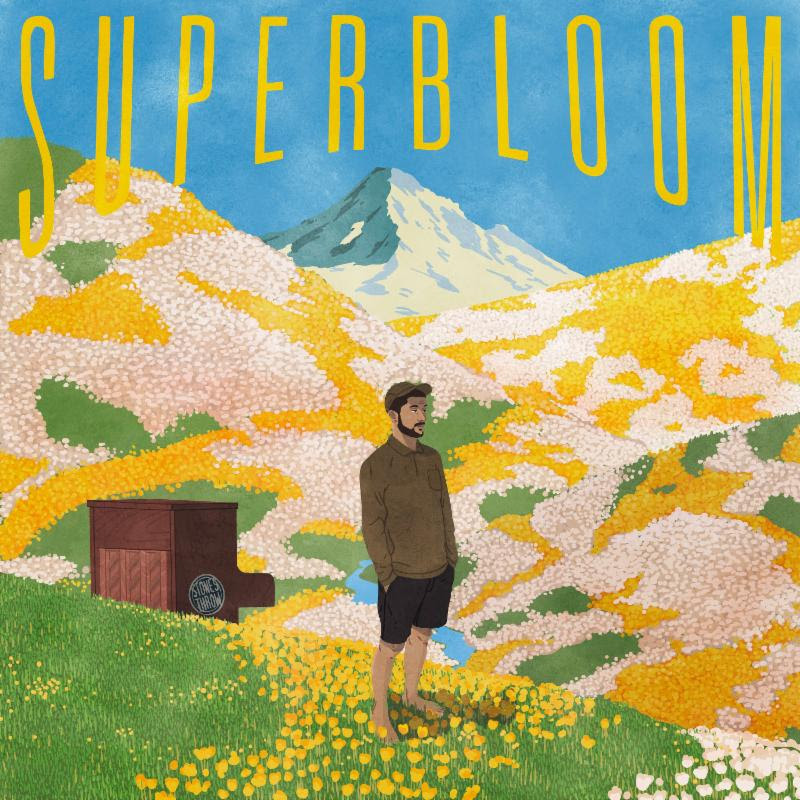 Pianist/producer Kiefer has dropped his second release of 2019, Superbloom. The album will be released digitally September 20th via Stones Throw, and on double A-side vinyl with the earlier 2019 release, Bridges. Since the release of his last full-length Happysad in summer 2018, Kiefer released the mini-album Bridges, toured the USA and Europe, and produced three beats for Anderson .Paak’s albums Ventura and Oxnard.

Kiefer considers both albums to be a single cohesive project, with his new songs building upon Bridges’ sound. Bridges saw him expand his musical palette beyond the piano, working with a number of analogue synths. On Superbloom he takes that a step further, with songs that he describes as “brighter, more imaginative, and vibrant” – much like the natural phenomenon that gives the record its name. He describes Superbloom as a “very active” work: “The first five tracks are invigorating, while the final two tracks act as a grand exhale following all that energy.”

As Kiefer puts it,
“This music is naturally me. It sounds like me. As with everything that I release, I am showing you what I love about music. Making rhythm, harmony, melody, and sounds that move me. I spend everyday talking to students and mentors and listening to music and finding things that I think are beautiful, and then translating them through my unique musicality.  I’m doing it in a way that only I can, and regardless of how good or bad it may be, I’m trying my best.”

Steve Arrington Shares “Soulful I Need That In My Life”