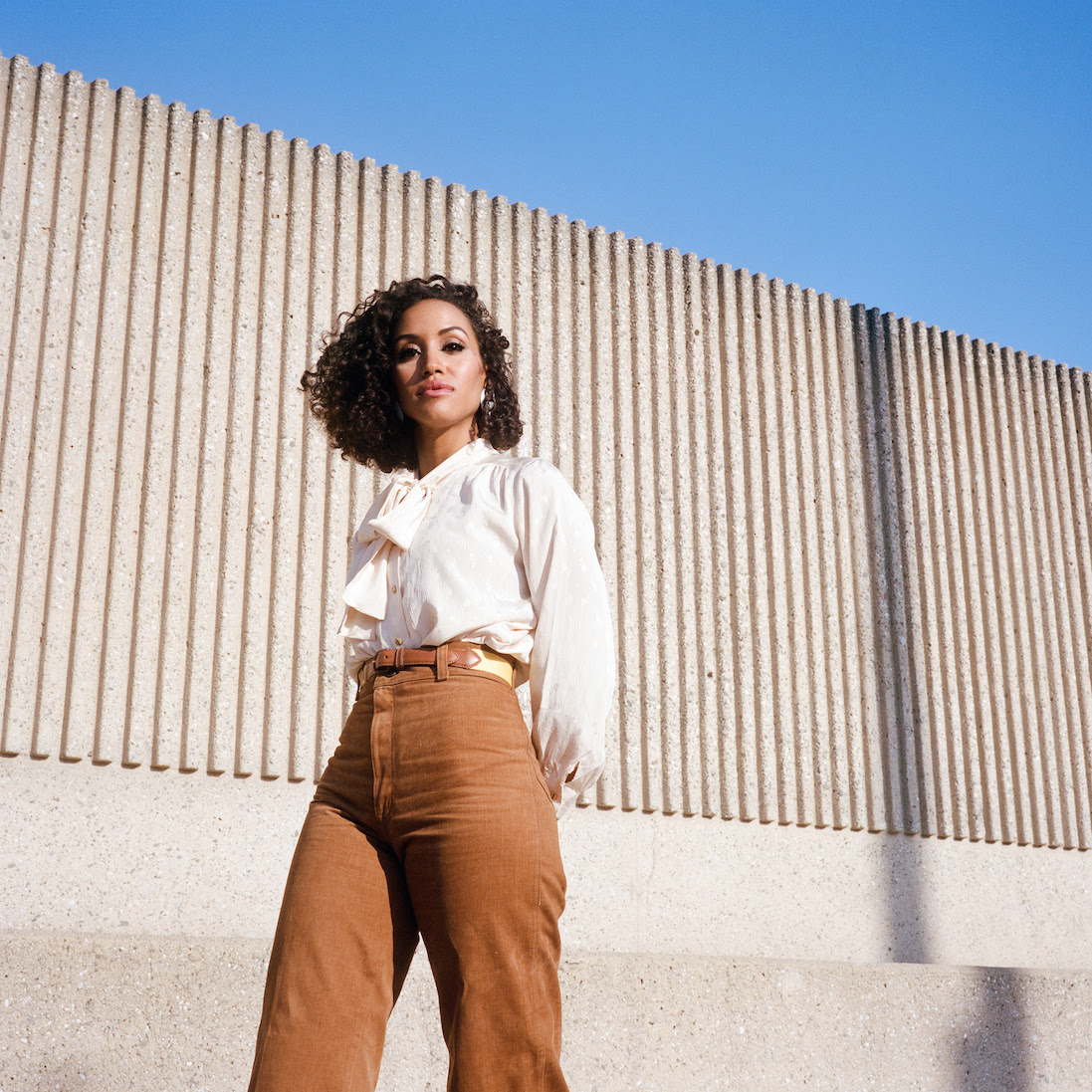 Kadhja Bonet has announced the release of her debut album The Visitor. Kadhja – pronounced “kod-ya” – invites us into a world not wholly our own, where past and future meet in a parallel, yet far lovelier, present. In anticipation of the release, she has shared the lead-single “Honeycomb”. Now available for streaming and free download. Fat Possum and Fresh Selects, have joined forces to bring us this transcendent debut – available in full on October 21.

“Kadhja stays pretty mum – if not a little mysterious – about her own life story. She insists that her audience convene with her on imaginative and musical planes, instead of through byword associations with any scene or venue, be it in Los Angeles or on the beaches of Rio De Janeiro. What we do learn and should know about Kadhja is her early and formal training in classical music quarters, where she mastered violin and viola, learned flute and guitar, and gained the sharp compositional talents that frame every note and curve of The Visitor.

All writing and arrangement— except for the Jaco Pastorius melody put to her words on “Portrait of Tracy”— is entirely of Kadhja’s creation. While calling in friends like Te’amir Yohannes Sweeney for drums, as well as Low Leaf, Peter Dyer, Randal Fisher, and Itai Shapira for harp, synth, flute, and bass, Bonet still plays a good half of the instruments herself, including guitar, violin, flute, and the backup vocals that fill up the skies of her music. Kadhja also produced The Visitor, though with much of its mixing and engineering handled by her assistant producer Itai Shapira, one of the few souls trusted behind the curtains of her musical process.