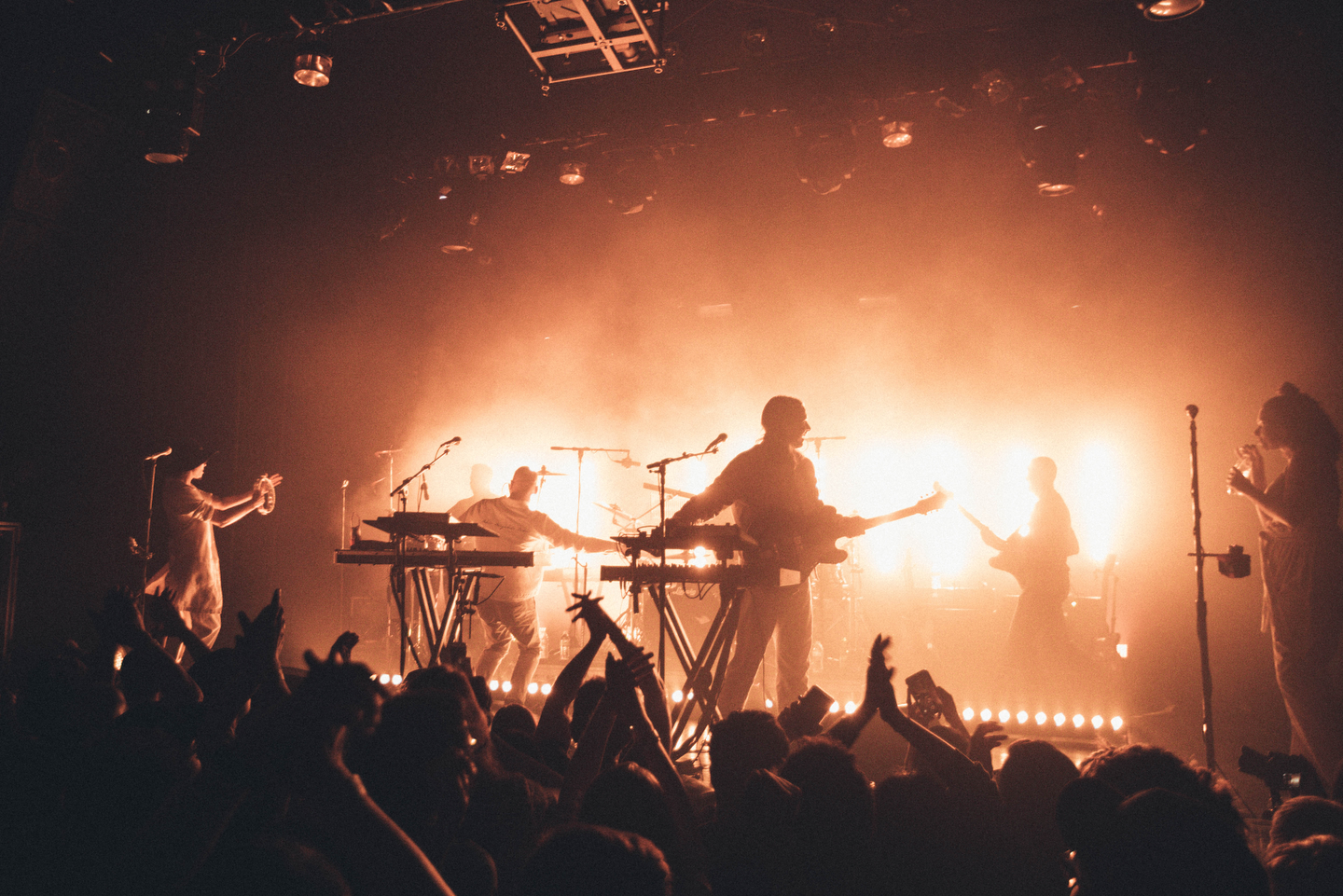 London, England’s Jungle have announced a run of new live shows confirmed for this April in North America and May in the UK and Europe. Jungle, return to the festival stage this Spring with appearances at Coachella in Indio, CA and Art Rock Festival in Saint-Brieuc, FR. Last Call with Carson Daly on Tuesday aired two songs from the group’s recent shows at the El Rey Theatre.

Josh Lloyd-Watson and Tom McFarland, the production duo behind Jungle, have been splitting time between London and Los Angeles for the making of their forthcoming sophomore album that they describe as a, “Post-apocalyptic radio station playing break-up songs. It’s like you’re tuning into a fucked -up station, catching little bits.” The in-the-studio interview also revealed that late last year Jungle took a break from the recording studio to “road-test new material to intimate crowds…(which) constitutes part of their second album’s recording process” and as Lloyd-Watson further explained to Q Magazine, “We’re playing the tracks live, gauging the reaction, and tweaking the record..It’s made it better.”
“House in LA”

Jungle are based around a core musical duo of lifelong friends, Josh Lloyd-Watson and Tom McFarland, and live the act expands to a seven piece group. In 2014 Jungle released their debut album on XL Recordings. Featuring crossover singles ‘Platoon’, ‘The Heat’, ‘Time’ and ‘Busy Earnin’.