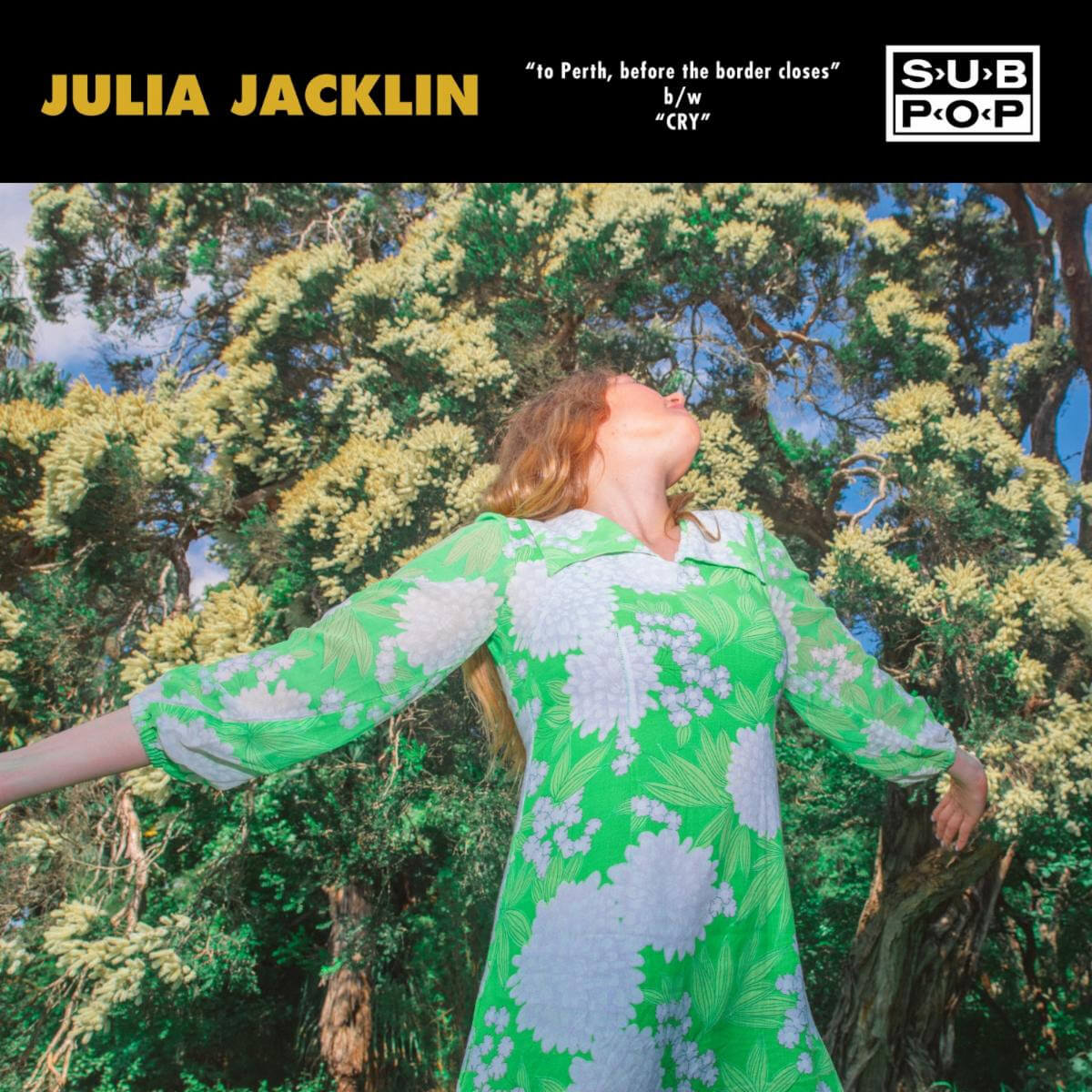 Julia Jacklin “to Perth, before the border closes” and "Cry"
Share on TwitterShare on PinterestShare on PocketShare on RedditShare on FacebookShare on Email

Julia Jacklin’s planned 3-month break from touring has turned indefinite, due to obvious reasons. After the release of her Crushing album, five years of non-stop touring, and the unexpected turns of 2020 are all context for a very timely 7” release with Sub Pop Records.

On A-side “to Perth, before the border closes”, Jacklin says “I’ve moved around a lot the last 5 years; chasing things, love, work, something new, whatever and there’s always this fear that I’m leaving good things behind just to go somewhere else and be lonely. Whispering “everything changes” to myself helps get me to sleep at night. I started writing this song in Melbourne and finished it in Perth. It was like a little song bridge between the two cities to make the change easier.”

Jacklin recorded the 7” with old friend and Perth producer Ryan Brennan, who was the first person she ever recorded with 9 years ago when the pair were housemates, and Jacklin notes that she could “really see how we’ve both changed and grown over that period of time. It was really special.”

The singles are available to Singles Club subscribers as limited-edition 7” singles, and are available now at all digital music services.