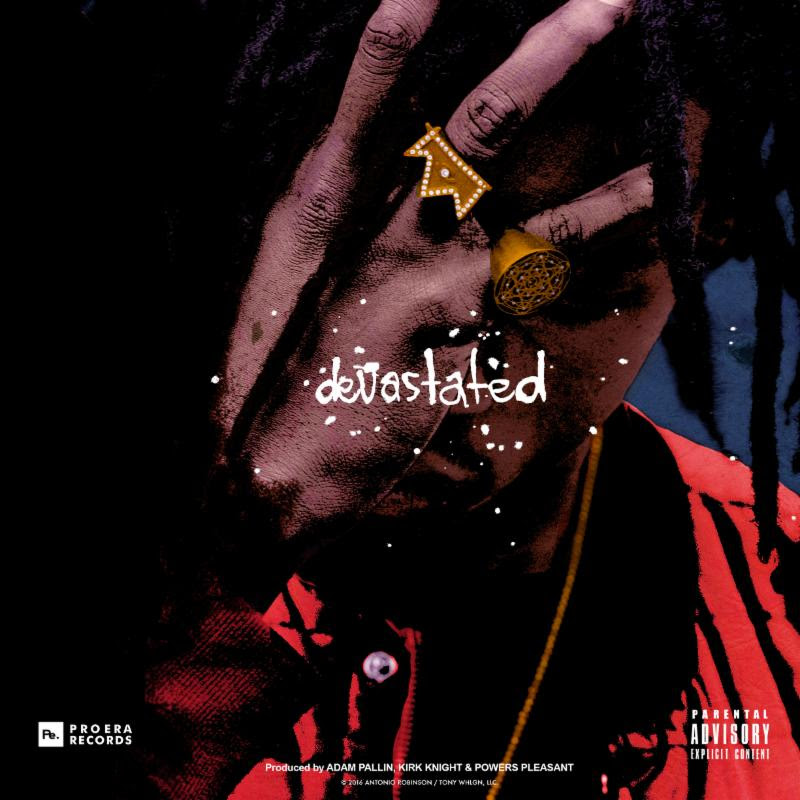 Last night, Joey Bada$$ premiered a brand new single on radio stations across the country just in time for the Memorial Day weekend. “Devastated”, which Joey performed on stage at this year’s Coachella, is produced by Adam Pallin and Pro Era’s Kirk Knight and Powers Pleasant. The song is now available to view, and will be available on all streaming services next week via Pro Era Records and Cinematic Music Group. Listen to the infectious track above.

Joey and Pro Era also recently announced the second annual STEEZ Day Festival to honor their late comrade Capital STEEZ. STEEZ was the founder of the Beast Coast movement and originator of Pro Era. In its first year, over five thousand fans packed into Central Park for the festival. This year, the festival is taking place in Downtown Los Angeles at The Novo by Microsoft on July 7th. The lineup includes Pro Era (Joey Bada$$, Kirk Knight, Nyck Caution, CJ Fly), A$AP Mob, Danny Brown, Raury, and special guests. All proceeds from the sold out festival will go to support Capital STEEZ’s family.

“Our brother, Capital STEEZ, taught us a lot.
From all that we have learned from him,
we continue to PROgress & reach new heights.
His vision for Pro Era will live on forever through
each and every pro and through our fans.
Gone but NEVER forgotten.
47 til’ Infinity
In honor of the PRO STEEZ, we PROceed”