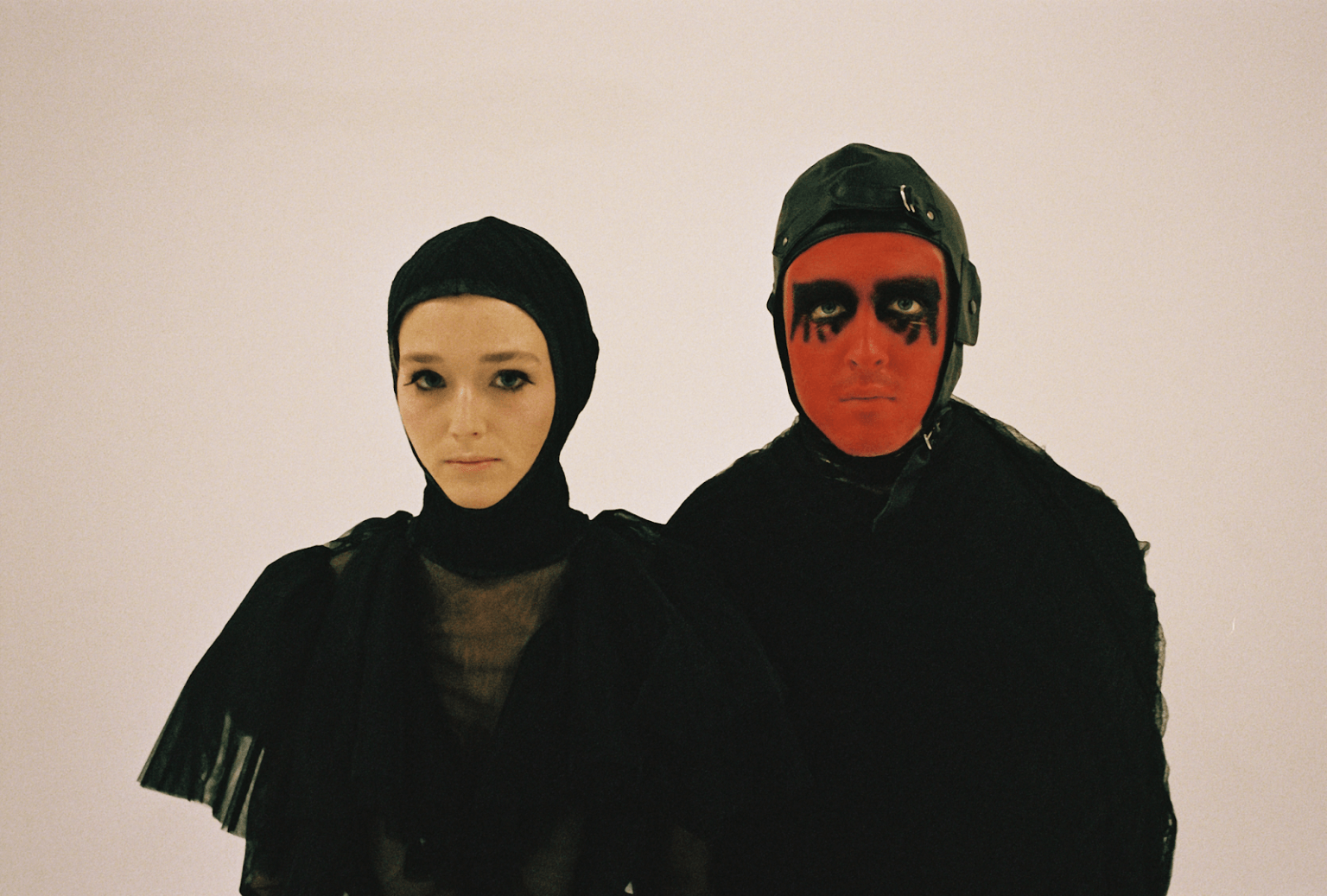 Jockstrap have shared their brand new single and video “Concrete Over Water,” the track is lifted from their soon to be released debut full-length for Rough Trade Records. The London-based duo, includes Georgia Ellery and Taylor Skye.

Commenting on the new single – which comes complete with hugely inventive and ambitious storytelling visuals, directed by the band themselves and Eddie Whelan, Ellery says: “‘Concrete Over Water’ was written on a Summer’s night in 2019 in a flat in Farringdon which was above a pub, and above a train line. The place hummed when the trains went under. The video was born out of the celestial themes in the song. Eddie and I created the characters (Moongirl, Voyager, Magma Boy, etc.) to explore the feelings of wonder, inspiration and the search for answers, to reflect what the song represents to me.” Skye adds of the single’s origins: “I can’t quite remember producing ‘Concrete Over Water’. I was living in my auntie’s attic at the time and it was extremely hot. Georgia sent me the demo fully written, then I sent her the song fully produced. That was it.”

Meeting in 2016 when they shared the same composition class while studying at London’s Guildhall School of Music & Drama, Ellery and Skye founded Jockstrap as a creative outlet for their rapidly-developing tastes. While Ellery had moved from Cornwall to the English capital to study jazz violin, Skye arrived from Leicester to study music production. Both were delving deep into the varied worlds of mainstream pop, EDM and post-dubstep (made by the likes of James Blake and Skrillex), as well as classical composition, ‘50s jazz and ‘60s folk singer-songwriters.

The influence of the club and a dancier focus, which was hinted at on previous releases, now scorches through their new material like wildfire. Take the thumping, distorted breakbeats of ‘50/50’ – inspired by the murky quality of YouTube mp3 rips – as well as the sparkling synth eruptions of brand new single ‘Concrete Over Water’, as early evidence of where Jockstrap are heading next.

Jockstrap’s discography is restless and inventive, traversing everything from liberating dancefloor techno to off-kilter electro pop, trip-hop and confessional song writing; an omnivorous sonic palette that takes on a cohesive maturity far beyond their ages of only 24 years old. They have cemented themselves as one of the most vital young groups to emerge from London’s melting pot of musical cultures.