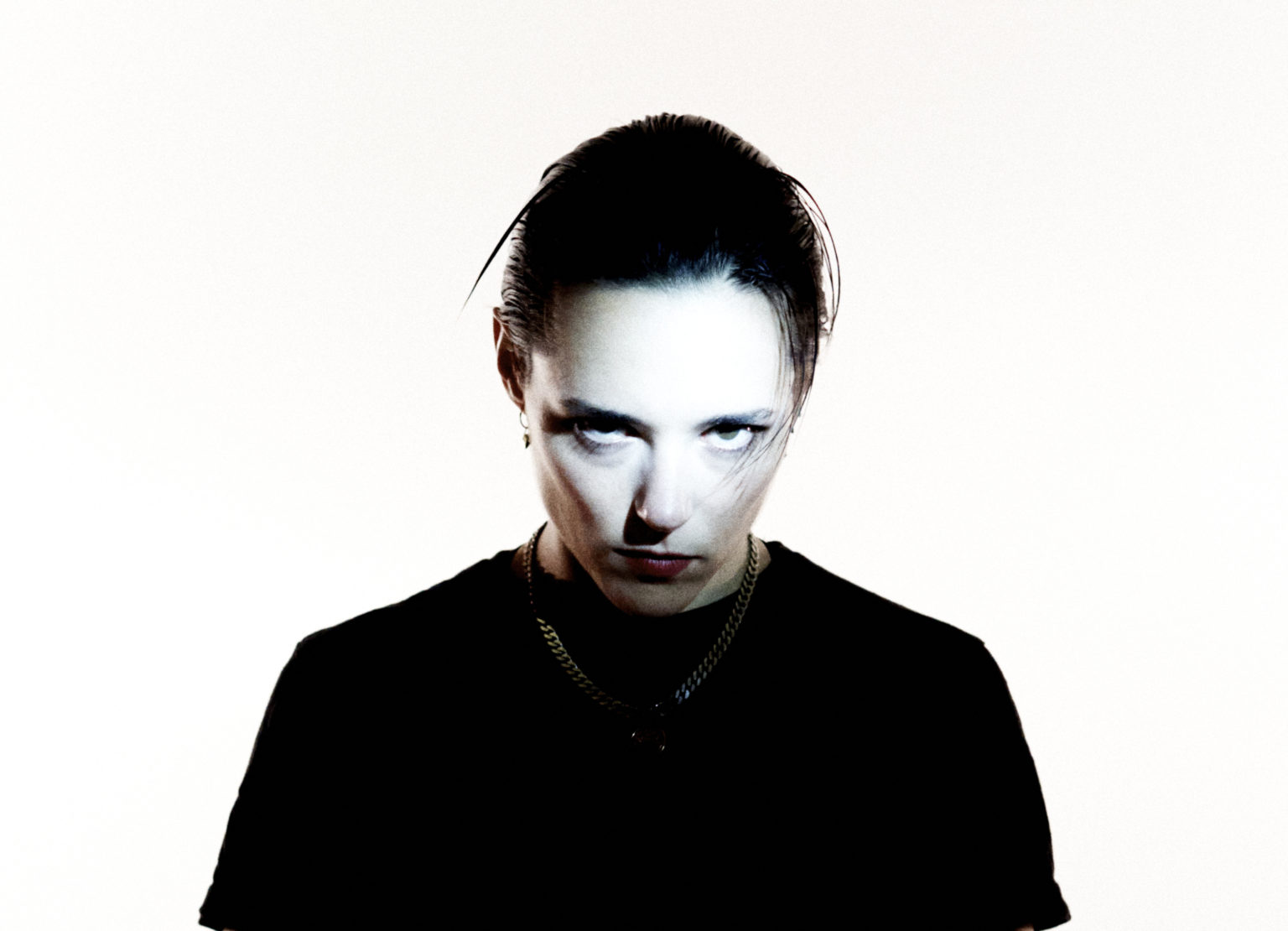 In an interview in 1981 Elvis Costello said that any artist has twenty years to write your first record and six months to write your follow up. For many of these artists it can be a daunting task to follow up your first work, especially if that work is widely celebrated. For Jehnny Beth, the songwriter, singer and multi-disciplinary artist, the path to create her first solo album was a journey that caused her to reflect on exactly what it was she wanted to say. Known as the charismatic lead singer of two time Mercury Prize nominated Savages, Beth’s debut solo album, To Love Is To Live which drops May 8th via Caroline Records, is a cathartic blast of beauty and darkness that exemplifies everything you would expect from this dynamic visionary. When Beth started her path to creating the album she was told by some that this move was a big mistake.

“I think that when you decide to start something from scratch, when you don’t really know what you are going to do next, there is this uncertainty and people around you will tell you that you’re making a big mistake,” the thoughtful and soft spoken Beth says when we reach her in Paris. “It just takes time for people to realize what you do. It’s something I’ve heard a lot in my career, ‘if you do this or don’t do this you will be forgotten’, but over time I’ve really learned to trust my instincts.” Thankfully Beth has learned to trust herself as To Love Is To Live is one of the more exciting releases to come out over the last few years. With shades of everything from Nick Cave and PJ Harvey to Depeche Mode and Jean Paul Sartre, the album is a defiant artistic statement. Not all brooding intensity, the record details the full spectrum of the human experience, or as Beth puts it, “a meditation on this strange thing called life”. When Beth heard about David Bowie’s passing in the middle of the night on January 10, 2016, her and her partner, and frequent collaborator Johnny Hostile, stayed up all night listening to Bowie’s final album Blackstar and that experience gave her some clarity about the way she needed to approach her work. “It was sort of one of those moments of clarity you have and I made this promise with myself at that point to be as honest as I can with my work. A promise to do better, to love better and if it is true or not we have these moments when we want to improve who we are and be a bit more present. We are mortal and the work we create can outlive us. Without sounding too serious,” she adds with a bit of a chuckle, ”it puts a certain weight on life and mortality and maybe, hopefully, one that can make you appreciate it all more and to give more and feel more everyday and in the creative process.”

The creative process that Beth undertook to create the album was one that was very important for her to go on. This was her first solo album and the first thing that would come out with her own name on it but at the end of the day that was less important to her than it was just making something that was worthwhile. “This is why I didn’t stop working on it, not that my name or representation would be the first thing anyone would see but for the sounds and the music. I was working with incredible collaborators and I wanted to instill this ownership of the record with them and they all didn’t give up on making it the best that it could possibly be.” Over the course of a couple years, Beth and her collaborators spent all of their time figuring out what this album needed to be. “That first phase was a lot of research and exploring different versions of the same songs. Johnny (Hostile) would play around with these different ideas, we were open to like, a drum and bass version or a jazz versions of a song but without expecting any closure on it right away.” She explains about the process, “throughout this period, which was playful, it enabled us to find the versions of the songs that would eventually end up on the album. This exploration didn’t stop there. “On the lyric side of things Romy, from the xx who is a great friend, came onboard. We liked this idea of working together and exploring lyrics, trying new methods. She really helped push me to getting out of my comfort zone and it was great to compare and learn from each other, to not be afraid to put on the record these sides of myself that I had been scared to show.”

Even through all this exploration, Beth says that what you hear on the final record is really only about ten percent of the work and research they did to bring the project to fruition. “Flood (the acclaimed UK based producer and mixer) came in at the end of the recording process to help us finish and add his layer of chaos,” Beth says laughing. “He is fascinated by finding these mistakes in the music and putting them front and centre. It’s so nerve wracking but that’s how he feels the best records are made.” This feeling off being off balance was jarring for Beth but ultimately a rewarding part of the experience. “The economic side of making a record can be very expensive,” she says, “and you want to finish a day with a feeling of accomplishment that we nailed a song but with Flood, he really works the opposite way with that uncertainty being right in the middle of the storm. He really wants the music to breathe. There were a lot of moments where I had to put my fist on the table and ask ‘what is happening here’,” she chuckles, “but I needed to trust the process and it worked.”

Even though Jehnny Beth has put out some widely celebrated work prior before the creation of To Love Is To Live, it does sound like she found a way to reach within herself, to lean on herself and the people she trusts to honestly bring her life experience to the forefront of the album. You may have twenty years to create your first piece of work but as Jehnny Beth has shown, through a promise to yourself to be as open and as unflinching as you can be, as well as spending the time and really exploring, anything that you create, even if it’s your millionth project, can be imbued with the same sense of excitement as your very first.