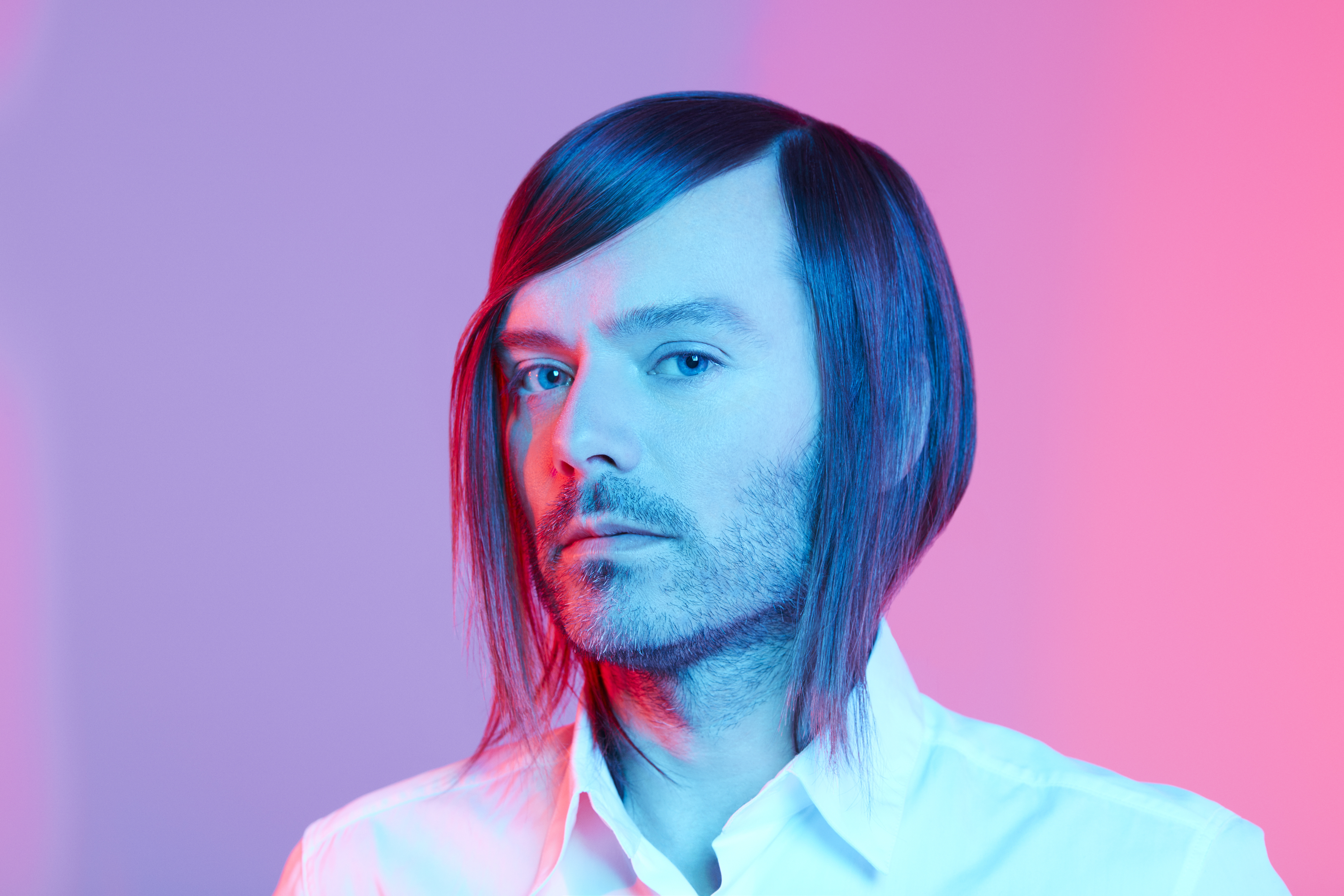 Touring with Air and working on movie soundtracks, Jean-Benoît Dunckel​​ is always busy and always looking forward. Over the last decade, JB Dunckel has put out multiple records on his own between his duties with Air, keeping his creativity strong as the band’s creativity hit a standstill. Switching to his own name in recent years, his latest effort H+ (due March 2018) explores the future of technology and humanity itself while holding to the sounds he’s known for. We chatted with Dunckel ahead of the release to talk about his constant creativity, moving forward and why the future fascinates him.

Northern Transmissions: What did you want to do to make this album feel different from Starwalker and The Man of Sorrow, and what are you taking from those releases into this record?

Jean-Benoit Dunckel: Any record an artist does, is a result of a kind of work-chain. For this album I was really inspired by this video artist I worked with. I learned to feel free and play live with my keyboards, so I wanted to reproduce that on my album. This album is also a result of days, months and years in the studio, it’s all about having the right song and right lyrics. I spent a lot of time searching for the right atmosphere and chords. You have to play a melody on different instruments because it should sound good on everything. I’m looking for texture but it’s hard sometimes to reach that level.

NT: You’ve talked about not wanting to shy away from you Air sound, so what is it your solo project offers you that the band doesn’t?

JBD: The thing is, we’ve been playing on stage for the last six year but we’ve never been to the studio in that time. I don’t think that will ever happen, so this album is actually from me and it’s bringing that DNA from Air. When I was going by Darkel, it was a solo project, but now it’s not a separate thing, it’s just me. I’m not trying to imitate anything, Air is just the past for me, I don’t try to produce something that could go on the radio, I just do what I like. This album is just me, I learned a lot. Air is done now so I must go on.

NT: Did your experience scoring films like ‘K.O.’ and ‘Swagger’ inform your writing going into this album, and were you looking for a more visual sound on this album?

JBD: I got to use real strings on these soundtracks, and so there’s an orchestra on two songs off this album. My work with soundtracks drove me to working with atmospheres in strings, pads and slow tracks. When you’re working on a movie, you have to be light and mellow for the video, because the music can’t take too much room, it will damage the movie. I learned to be minimal and go to the essential mood, and on this album I tried so hard to be minimal and not overload the music.

NT: Why did the MS20 and Arp 2600 synths feel like the perfect tools to achieve your vision for this record?

JBD: It’s funny, every year I’m finding new ways to mess with the MS20. A few years ago I was doing bass lines with it, then percussion, and now I’m trying to mix the two with melodies. This keyboard is very easy to use, so you go straight to the point. It also has great distortion, so you can produce weird frequencies and you make things that you would never expect. The Arp 2600 is like that to but it’s more complicated, and really powerful. What I like about these keyboards is you have to play with it, but you have to record it because it’s almost impossible to reproduce. It’s a wild animal, and you have to let it go. You’re more than a pilot than a player, doing the best that you can to control it.

NT: What appealed to you thematically about firing back at dystopia on this record and what did you want to say about trans-humanity?

JBD: It’s what I read now, I’m really interested in these subjects. The evolution of the economy, technology and artificial intelligence. When I travel, I always buy something scientific, I love to read about science and science-fiction. Right now the technology is going so fast, and even if we don’t see it, we’re crossing a certain level. Trans-humanity is happening really fast right now. I want to talk about it because computers and robots are going to free us and extend our life. We just have to be positive about it.

NT: You seem to be endlessly creating something new, so what’s next?

JBD: Oh yeah. I’m working all the time, so my mistake might be not developing projects further. This record is very important to me and I’ve put everything into it. I’m recording some music for a documentary on the economy of the 21st century, it will be in theatres. The subject is interesting and I like the electronic music I’ve made for it. My music is going in every direction now because I’m writing all the time.